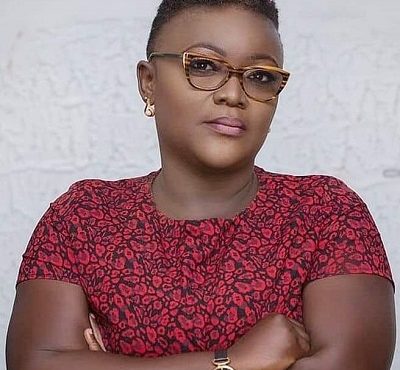 One of the new additions to the Angel Broadcasting Network, ABN, Nana Yaa Brefo, has disclosed that she wants to leave an indelible mark at the Accra- based station.

According to the former staff of Multimedia, she was poised to replicate her dedication to work and desire to achieve results as exhibited in her career path at ABN.

Speaking to the The Spectator, she said: “I want to leave a mark, everywhere I go l leave an indelible mark, and that is what I want to do here,” she said.

“From Despite Media, to Multimedia, I left something, and clearly Angel will not be left out. I am going to be like the Nana Yaa Brefo you know, the only change would be an upgrade for them to love me more,” she noted.

She stated that when she looks back some 18 years ago, it has been a gradual growth, full of learning and helping to bring change to lives and society and added that it feels great to be part of the Angel family.

Nana Yaa Brefo further noted that she would do everything in her capacity to help build a brand which would be a force to reckon with like she did in other media houses.

“My vision is to help lift ABN to an enviable pedestal, I am more than ready for the Radio and Television responsibilities at ABN,” she told the paper.

Nana Yaa Brefo, who until her move to ABN was co-host of ‘Badwam’ morning show on Adom Tv, surprisingly resigned from the Multimedia Group recently, leaving many in shock.