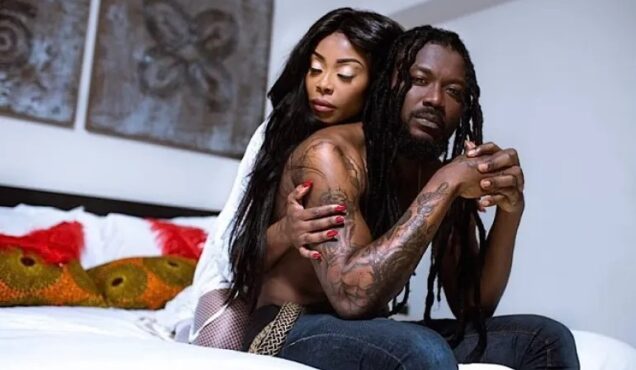 Singer Stephanie Benson and Dancehall artiste Samini got Ghanaians talking when they released the steamy music video for their song One More.

Nearly five years down the line, Stephanie Benson has opened up on the shooting process.

Speaking in an interview on Asempa FM, Stephanie revealed that she was naked during the bathtub scene.

According to her, she was initially in a bathrobe but had to take it off to join Samini, who was in the tub, for shooting to begin.

She explained that Samini did not make a fuss although he was not informed she would be naked during the shoot.

According to her, she assured Samini of taking the lead if he felt uncomfortable at any point in time and was unsure how far she would go.

She noted that the dancehall artiste, popularly known as “Batman” was relaxed due to this assurance.

Meanwhile, Stephanie Benson has explained that as a mother of five, she is used to health professionals and others seeing her naked.

Because of that, the musician said she no longer sees it as a big deal when she is seen nude.

The ‘One More’ promo pictures released in 2017, showed Benson in sexy black lingerie. The images of the duo left fans speechless.

The two were seen kissing and making out in the video. There was also a shower scene and a pool scene where the singer was seen wearing a bikini and Samini was shirtless.