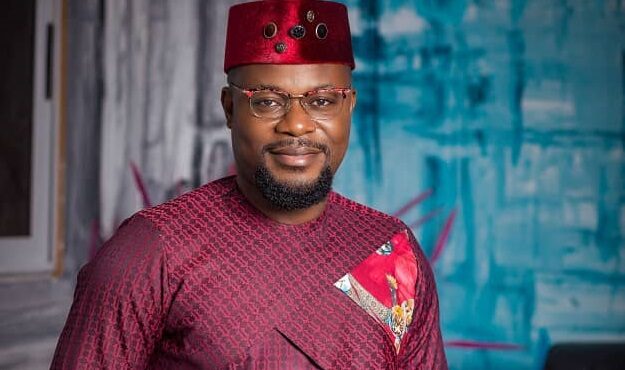 Even though he did not have smooth vocals, and never thought of ever singing, a prophecy in 2010 concerning his music ministry has manifested in his life.

‘Singing Prophet’ Joseph Atarah who was a trumpeter, and a drummer, has shared a story about his prophetic and music ministries.

Born and bred at Koforidua in the Eastern Region, the founder of Believers’ Grace Ministry International who spoke to The Spectator said, he started learning how to play trumpet in 1997 where he joined the Armed Force Band known as Pink Five as a drummer.

He told this reporter that there was a prophesy to him that playing instruments was not his path, “I was told prophetic ministry was rather my calling.”

For this reason, he resigned from the band when he heard the voice of God in 2006 and joined his brother at Adenta in Accra, to follow his prophetic call.

At the later part of 2008, he started a fellowship, which grew in number. After  praying about it, on January 10, 2010, it was turned to Sunday service which has since been a success story.

Prophet Atarah who is also the host of Grace Hour an online midnight prayers service, further revealed that in 2010, “someone prophesied to me that I was going to have a singing ministry as part of my prophetic ministry.”

According to him, at first, he misunderstood it for having a music band, because he was an instrumentalist although did not have a singing voice.

Later, the gift of singing manifested in the life of Prophet Atarah, which led him to composing a lot of songs during church service, including his new single ‘Woye Odo’.

“The song was composed in 2012, but getting to the later part of last year, I reached out to Piesie Esther and we recorded together,” he said.

Prophet Atarah who has been in the prophetic ministry for about 16 years, expressed surprise about the wonderful reception his song has received and expressed appreciation to God for how far he has brought him.

According to him, he would release more songs in the coming months and later release an album to complement his music ministry.