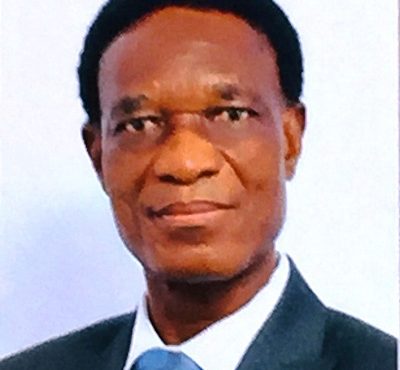 To deal effectively and expeditiously with labour grievances and disputes between workers and employers, and to give fair and equitable judgement to either parties as the case may be, the Industrial and Commercial Workers Union-Ghana (ICU) has thrown its weight behind the Executive secretary of the National Labour Commission’s (NLC) call to have, full-time Commissioners appointed to serve on the Commission.

It will be recalled that in the Saturday 28th August, 2021 issue of the Daily Graphic, the Executive Secretary of the NLC is reported to have asked that permanent and not part-time Commissioners must be appointed to serve on it.

With respect to the Executive Secretary’s genuine request for the provision to be made. Bro. Morgan Ayawine, General Secretary of ICU in an interview noted that, the ICU saw the Commission, – a tailor-made institution – as important in the justice system in Ghana and that it deserved serious attention.

He averred that the labour landscape in the country was replete with grievances and disputes between workers and employers, a development he saw as incompatible with growth and development of any nation whether a developing or developed country.

He said the ICU-Ghana, a heterogeneous trade union organisation with membership in over 700 companies and organisations has many unresolved grievances and disputes at the enterprise level being considered by the Commission, and that, the ICU could attest to the genuine concerns raised by the Executive Secretary of the Commission.

He explained that the part-time status of the Commissioners limited their sitting on cases to only once in a week and, indeed, affected the dispensation of justice both to workers and employers adding that, the situation created rancorous relationship between social partners at the workplace and ultimately affected productivity by lowering production, leading to revenue loss, low incomes and job losses to the detriment of the economy.

He noted further that, part-time sitting of Commissioners reflected the inadequacy of the sitting sessions thus giving rise to a backlog of cases left unatended to by the Commission, – a situation he described as unfortunate.  “Government will have to resource the very under-resourced commission to deliver on its mandate effectively and efficiently and to give real meaning to the rule of law in Ghana” he said.

The General Secretary said the call for the appointment of Permanent Commissioners was in the right direction since, the world of work had changed due to the emergence of the COVID-19 pandemic with its consequential industrial disharmony at some workplaces.

“The situation we find ourselves in now demands that the National Labour Commission acts swiftly to adjudicate on cases before it” he said.

Bro Ayawine affirmed the ICU’s support for the suggestion that adjudication on cases brought before the Commission be done on daily basis to bring justice to aggrieved parties in time, “as justice delayed is justice denied”.

The ICU-Ghana, according to him supported the Executive Secretary’s appeal to government to absorb the fees and charges of mediators and arbitrators since some complainants were unable to afford. Thus denying them justice.

He appealed to organised labour and others in the labour fraternity as well as the Ghana Employers Association (GEA) to contribute their quota towards the empowerment of the National Labour Commission to enable it deliver effectively for the collective good of the nation and above all, to operate from a secure and convenient premises worthy of the Commission’s status