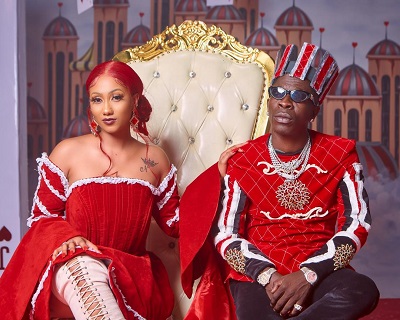 Ghanaian socialite and entrepreneur, Mona Faiz Montrage known in Showbiz circles as Mona 4Reall has revealed her quest to stand the test of time in her music career.

According to her, “she is not here to just release songs and vanish from the music scene, but here to stay.”

Mona has within a short period released, Badder Than Bhad, Fine Girl and now Baby, gearing up for an upcoming EP before the end of ths year.

“All I can tell my fans is to stay tuned, music has been passion for long, and it is time to unleash what is in me,” she said.

She explained to The Spectator that the song “is to tell her sweetheart how much she loves him, and how she will be there for him regardless of the challenges faced.”

Mona 4Reall further revealed that the afrobeat song which was produced by Mix Masta Garzy took her a couple of weeks to write, and expressed her appreciation to Shatta Wale for being supportive.

The song, released on Thursday, comes with a video directed by REX and is available on all digital music stores.