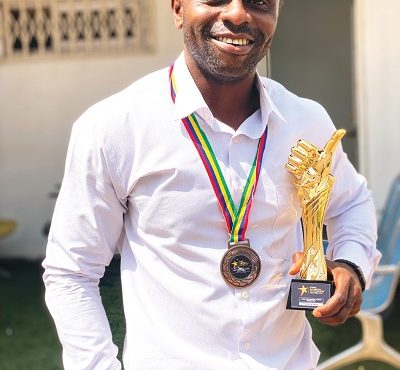 Speaking to The Spectator, he said, this was a motivation to spur him to help many young people who are aspiring to be musicians and radio producers.

According to him, as a producer of entertainment show, he was proud of young talents he had unearthed and brought to the limelight.

“Helping underground musicians see their dream come to pass, where their lives change to impact those around them is so fulfilling for me,” he said.

Mr.Sarfo added that he would continuously build talents, and help polish them to become wonderful brands in the future.

He thanked Mr. Samuel Atuobi Baah, Zylofon Media and all well wishers for their opportunity and support over the years.