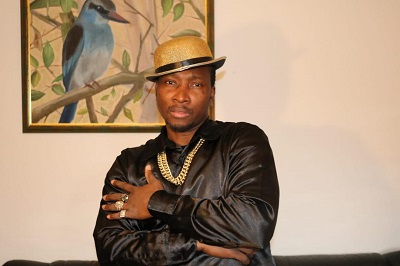 German-based Ghanaian raggae musician, Jalon has disclosed that, he was the  missing puzzle in Ghana music, and is on a mission to project the country’s musical prowess to the rest of the world.

According to him, the Ghana music scene full short of is filled with a lot of competition and has a bright future from his point of view.

Speaking to The Spectator on the release of his, A Date With An Angel, Extended Play (EP), Jalon said, he is the missing puzzle, but will not rush his musical works, “I will do things at my pace and style as well as continue  churn out good music for clear ears to listen.”

He added that his focus in music was to strengthen the struggling youth to be humble, and not be in hurry for self-aggrandisement or popularity and that the income from his EP would be donated to street children and the aged reggae veterans who  were financially strapped.

Talking about his new EP, he said, the songs were filled with messages of love based on true stories and experiences.

Jalon said his taste for quality and being someone who wanted every tone, sound, lyrics and melodies to be top notch, made works in the studio difficult, considering the fact that the recordings were live.

But this notwithstanding, he believed the end product was worthwhile.

On the acceptance of the EP, he revealed that so far, it had gone beyond his  expectations and he’s beginning to win new fans.

The EP which is made up of songs like, A Date With An Angel, My Ulterior Motive, Jamaican vibes, Elope, Oh I Made It, Beautiful Programme, and System Bad is available on digital music stores.

Born and raised at Madina, a suburb of the national capital, Accra, he enjoyed playing the records of the famous Jamaican reggae singers, Dennis Brown and Beres Hammond, at home.

It was only in Germany that Jalon finally discovered his passion for singing and with the support of the experienced reggae band, Foundation Crew, also from Hamburg, the reggae talent now wants to conquer the reggae stage of this country and the entire world.