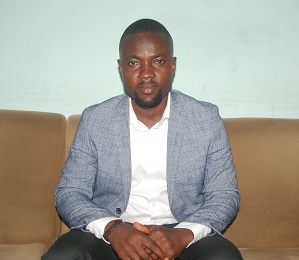 The government has been urged to increase stipends given to beneficiaries of the Livelihood Empowerment Against Poverty (LEAP) especially the aged, in the wake of the COVID-19 pandemic.

This, in the view of Advocates of the Aged Welfare, a Non-Governmental Organisation (NGO), would go a long way to aid the elderly to meet their daily needs especially during these trying times.

According to the Executive Director of the NGO, Richard Ofori, the support received by the aged had declined because their dependents were grappling with the economic impact of COVID-19, including job losses.

In an interview with the Ghanaian Times yesterday, he said; “The socio-economic effect of the COVID-19 will eventually reduce the number of aged to death if nothing is immediately done to mitigate the impact.”

He was speaking on the backdrop of World Elder Abuse Awareness Day which is being marked today across the world on the theme “The impact of COVID-19 on violence, abuse and neglect of elderly persons.”

The United Nations (UN) General Assembly has designated June 15 to focus global attention on the problem of physical, emotional, and financial abuse of elders and seek support to make their lives more comfortable.

The LEAP stipends, introduced in 2008, is given to the extremely poor including aged who are 65 years and above without any form of support, severely disabled without productive capacity and orphaned and vulnerable children.

This, according Mr Ofori, was not sufficient in the prevailing times.

On abuse, he said the WHO estimated that one out of the six people aged 60 and above suffered abuse, adding that a survey conducted by his NGO in 2009 showed that seven out of 10 aged people in Ghana suffered same fate including neglect.

He said the abuse was still ongoing with many aged tagged as witches and wizards, a situation which, was affecting the elderly people emotionally and thus urged the public to report incidences of aged abuse to the police.

Mr Ofori appealed to the government to dedicate some health facilities as specialist hospitals for the aged because most of them were afraid to go for their routine check-ups due to the fear of contracting the virus.