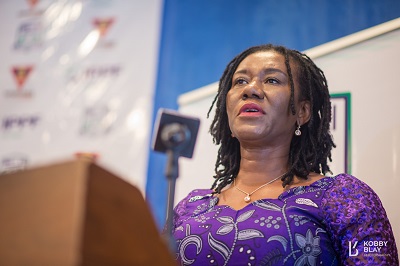 The Executive Director of the National Population Council (NPC), Dr. Leticia Adelaide Appiah has stressed on the need for Ghana to invest heavily in family planning which would help in turning the wheels towards economic development.

She was optimistic that, the demographic window of opportunity was opening for Ghana and therefore the citizens needed to become braver, stronger and bolder champions of population and development now than ever.

The Executive Director gave this address, during the launch of a documentary in Accra andfunded by USAID, which was designed to educate the public on the need for prioritizing family as a goal to demographic dividend.

Demographic dividend was explained by Dr. Appiah as the accelerated economic growth that a country could experience as a result of changes in population structure.

The NPC boss indicated that, sustained decline in fertility and mortality in countries produce changes in the population age structure with an accompanying increase in the working age population in relation to dependents.

She expressed optimism that, through sustained high-level of advocacy and sensitization, there would be an impact of reaping the demographic dividend.

That, she reiterated, would become a national priority among policy makers, political and traditional leaders which would bring about an increased commitment to invest in quality human capital.

“Though Ghana has experienced an appreciable decline in fertility since the 1980’s from 6.4 per cent in 1988 to 4.2 per cent in 2014 and corresponding dependency ratio, there is still room for further decline by focusing on reducing avoidable high-risk pregnancies”, she stated.

Dr. Appiah referred to the maternal health survey in 2017 which said that, the survival of infants and children depended in part on the demographic and biological characteristics of their mothers.

Shereccounted that, mortality and morbidity risk of mother and infant were higher if the mother was below 18 years, and birth intervals were less than two years and also women older than 35 to 40 years at first birth.

He said, Ghana’s census data showed that, the proportion of population under 15 years old had fallen steadily from 46.9 per cent to 38.3 per cent in 2010.

According to him, the window of opportunity for harnessing a demographic dividend was said to open when country’s dependency ratio declined below 60 dependents per 100 working-age adults.

Dr. Mensah-Abrampa indicated that, with thecurrent dependency ratio of 76 dependents per 100 working-age, there was no doubt that, Ghana has a window of opportunity to harness a demographic dividend.

The NDPC boss said that, since 2013, Ghana had consciously embarked on interventions to harness the demographic dividend by making strategic investments in key sectors including education, health, economy, nutrition and governance.