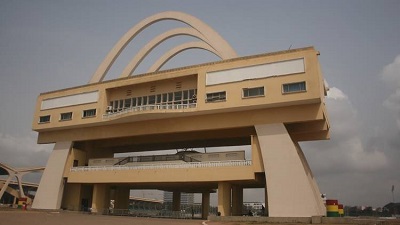 Not all Blacks on the planet are African, though the greater majority claim African descent. The Aborigines of Australia are black, so are the indigenous people of far-flung areas like Papua and the Fijian Islands. I am told some of them lay claim to African origins. Er, all Blacks see Africa as the Motherland or Mother Continent.

I am a Pan Africanist. I believe in my people and the values that stand us apart from other peoples as handed down the ages by our forebears. Africans are naturalists, very religious and very spiritual. Then the advent of the Europeans changed all that. Slavery changed all that. The Europeans came with the Bible, took our forebears, our gold and other natural resources and all we have today are more Bibles on the African continent than anywhere else on the globe; and we are the poorest.

I turned five when Ghana became independent of colonial rule. I recollect the euphoria that greeted this occasion on the streets of Koforidua and even at Keta later in the fall of that year when I joined my grandparents. But I had no understanding of what was going on around me. I was just enjoying being a child, what else? I enjoyed going to school, in spite of my initial protestations. I hated rhymes, and still do. “Bah bah black sheep have you any wool” made no sense to me. “One two, buckle my shoe” when I wore no shoes to school made very little sense, if any at all.

Till date, I do not know any rhymes and, as a result, did not teach rhymes when I came out of training as a teacher. Now, I am extremely glad I did not like this colonial legacy.

History and the independence stories began to intrigue me and open my consciousness to who the African was. Oral accounts of the Slave Trade as I heard them from the coastal areas got me to appreciate the bravery of the Black Man. I heard the story of Kundo who was so spiritually endowed that when the Europeans put him on the steamer, the ship would not move an inch. No matter how hard the Europeans tried, the ship would not budge so long as they had Kundo on board. In the end, Kundo said if it was his destiny he would go along with them. Then the steamer moved. There is an Ewe dirge in memory of Kundo.

Nkrumah symbolised hope for the Ghanaian, the African and the Black Man. As a child I heard these from the narratives of my grandparents, especially my grandfather. The Osagyefo was all the people needed to take their collective destiny into their own hands. Ablorde (freedom) was the refrain among my people. The people loved Komla Agbeli Gbedema equally; very likely because he came from my hometown of Anyako. To them, he was a hero.

There was a heavy rainstorm in the dawn of February 24, 1966, while I was a teenager at Anyako and I overheard my grandmother say the storm was no ordinary one; she suspected it had a tinge of foreboding to it. Just a little later my grandfather had his small transistor radio to his ear and announced that Nkrumah had been overthrown. A pall of despondency swept over everyone in the compound. Later news that the coup was led by Colonel E. K. Kotoka from nearby Fiaxor, assisted by J.W.K Harlley, a native of Anyako whose elder sister was married to my father’s elder brother, did not assuage the worry of our people.

My maternal uncle, E. S. Fia Demanya, an Astrologer, Psychic and Diviner, had warned Nkrumah that if he traveled to Hanoi he was unlikely to return to Ghana ever again. Nkrumah ignored him. Later events revealed that the American CIA was behind the overthrow of the Nkrumah administration. The initiator of the African personality, the prime mover of the emancipation of the African continent was seen as a thorn in the side of the white man and had to be removed. It was, and still remains, a dark day in the history of the Black Man.

Our independence is meaningless because the slave mentality lives with us in spite of the abolition of that infamy. Mental slavery is a more lingering phenomenon than the physical scars wrought by the slave traders. The white women did not quite understand why their men were getting the Negro slave women pregnant. They later discovered that the kinky African hair gave the Black woman a certain distinct beauty and sensuality their masters could not resist. Either plaited or woven, the African hair was a thing of beauty and elegance about it.

The white mistresses had to resort to getting the slave women clean shaven to forestall the lecherous activities of their men. Fast forward to the sixties and the Black Power Movement in the United States; in vogue was what was known as the ‘Afro Hair’ where Blacks let their hair grow into bushy groves. Added to the Black Power salute with a clenched fist high up in the air, the Afro became a symbol of Black beauty and Black resistance.

There was this militant young black lady called Angela Davies. She was the face of the Black Resistance Movement in the sixties who was branded communist by the US government. She was harassed, arrested many times but she kept the fight. Did she fight the cause in vain?

My research revealed that the Afro hair put the fear of the devil in the white folks. Some of the Blacks were said to have hidden combs, pairs of scissors and other ‘weapons’ in their hair from which they stabbed the white ‘enemies’. So, the white folks got to work and developed hair relaxers in their chemical laboratories. One after the others the African-American, as they are known now, have become enslaved again; only this time by relaxers to take their distinct identity from them.

One can hardly see an African-American with Afro hair today. Skinhead is in vogue, thanks to the ingenuity of the slave master. Back in the day, white skinheads were the renegades affiliated to criminal gangs in the ghettos. It is considered uncultured to sport an Afro hair in the United States today. Whose culture, one may ask? How come the Orientals in the US have kept their culture in spite of being well integrated in the society? China Town in all major US cities attests to this. Is it because they were not enslaved?

Back home, we have become more Catholic than the Pope. Our women shy away from the plaited or combed hair. They spend more time in the hair salon than they do in their own kitchen. Both our men and women dress more European than the white man. We put on suit in the sweltering African heat under the guise of being civilized. Kaba for women has been christened ‘Friday Wear’. We are quick to defend this with the excuse that the Western attires give us ease of movement. This is as laughable as the fact that we don’t feel impeded in our movements on Fridays in Kaba. A great majority of Nigerians are proud to be in their African apparel at all times.

When I introduce myself as Akofa Segbefia, the immediate response is, “Don’t you have a Christian name?” as if I am supposed to be a Christian at all cost.

I visited an uncle. When a call came through from the head office of the company he worked for, he got up with the receiver in one hand and the other hand behind his back as he identified the caller to be the European boss. Would the white man see this supplication through the telephone line, I asked myself. Of course, it is good manners to show respect to your boss, but we carry the mental slavery to rather bizarre heights.

China has learnt a lot from the West, but the Chinese have developed without sacrificing their culture or identity. By Western standards China is still regarded as a developing country even though China is the second largest economy in the world. Today, China is said to grant more loans to the developing countries than all the Western economies put together.

Our African leaders wear Western clothes to their meetings, except a few. There are suit wearing leaders asking us to patronize made-in-here goods, stifling local entrepreneurships in favour of foreign investors whose avowed aim is to milk us dry and repatriate their earnings to their countries. We have leaders who kowtow to the whims and caprices of the white man. Those countries force their cultures and beliefs down our throats and would not accept ours; and we sheepishly acquiesce.

The words of my friend Jerry John Rawlings keeps reverberating in my ears: “Christianise me if you may, but don’t Europeanise me.” Have we as yet understood want Rawlings meant? Where is the Black Power?