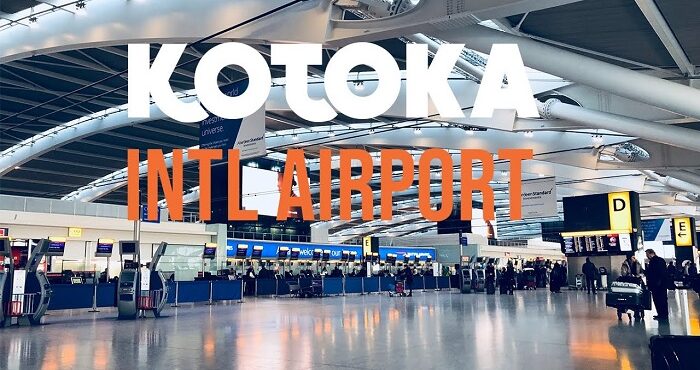 The first part of this article discussed how Ghana’s founding father, Osagyefo Dr. Kwame Nkrumah, showed unprecedented leadership and urgency in his attempt to industrialise the country to fast-track its development.

Within a very short time, he completed a number of gigantic and strategic projects, including the Tema township and industrial area, Akosombo Hydro-Electric Dam, as well as the Ghana Atomic Energy Programme at Kwabenya, Accra.But the focus of last week’s article was on the Kotoka International Airport and its name. It is a misnomer. Let me explain.

It was Nkrumah who, in 1958, restructured a former British military base into an international airport as part of a master development plan employed to make Ghana a beacon for the rest of Africa. The facility was named the Accra International Airport. However, under very unjustifiable circumstances, the name was changed to Kotoka International Airport. And this is how.

Nkrumah’s stature was rising fast worldwide, but his alliance with communist China and the Soviet Union, as well as his vociferous and relentless anti-imperialist tirades against the Western powers, infuriated them so badly that they wanted to get rid of him, dead, or alive.

The role of the US, and their Western allies, especially, Great Britain, has since been revealed in declassified documents. Some of the documents suggest that the US and the UK even discussed a plan “to induce a chain reaction eventually leading to Nkrumah’s downfall.”

In fact, Nkrumah was suspicious of the US and, on February 26, 1964, two years before the coup, wrote about his apprehensions to U.S. President Lyndon Johnson criticising “two conflicting (US) establishments” operating in Ghana.

Explaining his point, he wrote further: “There is the United States Embassy as a diplomatic institution doing formal diplomatic business with us; there is also the C.I.A. organisation which functions presumably within or outside this recognised body. This latter organisation, that is, the C.I.A., seems to devote all its attention to fomenting ill-will, misunderstanding and even clandestine and subversive activities among our people, to the impairment of the good relations which exist between our two Governments.”

And how true his observation proved to be! With the CIA’s help, the NLC did seize power. Kotoka delivered its maiden national broadcast, saying: “Fellow citizens of Ghana, I have come to inform you that the military, in cooperation with the Ghana Police, have taken over the Government of Ghana today. The myth surrounding Nkrumah has been broken. Parliament has been dissolved, and Kwame Nkrumah has been dismissed from office. All ministers are also dismissed from office. The CPP is disbanded with effect from now. It will be illegal for any person to belong to it.”

Urged on by their Western sponsors, the NLC immediately began a systematic programme to discredit Nkrumah, and everything he stood for. And they did that with unconscionable and ferocious glee!

In no time, the IMF whose prescriptions Nkrumah vehemently opposed as anti-African, came to Ghana to establish what they called “a very close collaboration” with the new government. But it turned out to be total control of the economy and austerity measures. With the novices in government unskilled in the affairs of state, things took a turn for the worse.

The CPP’s industrialisation drive was replaced with a mad rush for Ghana’s natural resources led by foreign companies and their Ghanaian cronies, including members of the military elite. Many state-run infrastructural projects, geared towards Nkrumah’s plan of competing globally, were abandoned just because they were carried out with a “communist” flavour.

Silos built for buffer stock were left in ruins. Viable projects like the State Farms were privatised or cancelled, causing newly purchased equipment to be discarded in fields to rust. A fleet of fishing vessels acquired for the State Fishing Corporation to boost Ghana’s fishing industry, was grounded and  left weather-beaten.

The operators comprising 350 Soviet crew members and technicians, were all repatriated, effectively bringing the fishing industry to a screeching halt. Massive importation of fish, coupled with increase in food prices, ensued.

Just two-and-a-half years after the coup, the IMF supervised the dismissal of over 66,000 workers, constituting almost 10 per cent of the total wage-labour force, 36 per cent of these in the Accra area alone. Employment in the private commercial sector also fell by almost 50 per cent.”

Strikes became widespread and the military junta responded the way they knew best – in brute fashion – making incitement to general strike a crime punishable by 25+ years in prison, or by death.

Nkrumah introduced the dreaded Preventive Detention Act (PDA) under which people perceived to be anti-government, were incarcerated without trial. But Kotoka and his clique were no different. They reneged on their promise to “liberate” Ghanaians from oppression, and instead, enacted a similar draconian decree called the “Prohibition of Rumour Decree” in October 1966 only eight months in office.

The decree authorised 28 days of detention and up to three years in prison for journalists who might “cause alarm and despondency,” “disturb the public peace,” or “cause disaffection against the N.L.C,” ambiguous edicts whose interpretation the junta arrogated to itself. Under these provisions, four editors from three leading newspapers were fired for criticising the NLC.

While majority were suffering, the military, as well as the police, were exempted from taxation; given cash bonuses of undisclosed value, and entitled to various public amenities, such as free rent, electricity, and conservancy services. All these were part of a package for participating in the interruption of Ghana’s fledgling democracy deceptively labelled “liberation.”

The coup plotters promoted themselves to higher ranks such that eventually, all had become some sort of General. Afrifa became a general before he hit age 35. Between 1966 and 1969, military spending doubled.

This is the legacy of Kotoka, yet, his name is so conspicuously emblazoned across the façade of the airport But how come, when he contributed nothing to the airport? Worse still, when he lost all honour by betraying Ghana to foreign spies which is high treason?

It so happened that on April 17, 1967,  he was killed in an abortive counter-coup, and his comrades-in-arms thought it fit to honour him by naming the airport after him. That is where the evil lies.

Have we ever paused to consider, that Nkrumah bequeathed to us a name and fame that continue to attract people from the diaspora to the country? And have we thought about how misplaced it is for Ghana’s premier airport to greet these visitors with the name of a traitor who betrayed the country they love to visit for Nkrumah’s sake? This is sickening.

Was Nkrumah an angel? No! Was he autocratic? Yes, we may say so. He even declared himself President-for-life. But he was a benevolent despot. His intention was to quash unnecessary opposition and create the space to pursue a rapid transformation of the country to enable it to stand toe-to-toe with the developed world.

Singapore’s first Prime Minister, Lee Kuan Yew, Nkrumah’s contemporary, was an autocrat who ruled for 31 years. But he proved how autocracy could be beneficial. At the end of his rule in 1990, he had transformed Singapore into the most developed country in South-East Asia, rivalled only by Hong Kong. Though autocratic, Lee was revered as a statesman because he used autocracy for the good of his people.

Mahathir Mohammed who ruled Malaysia with an iron fist for 24 years in two phases of 22 years and two years, is another example of an autocrat who transformed his country into a modern industrialised economy that produces its own automobiles fuelled by oil palm that it imported from Ghana.

But as the Bible declares, “a prophet is not acceptable in his own country.” Nkrumah was over 50 years ahead of his time, and we did not understand him. Soon after he left, the national cry became:“Me yere dada eeei, san b3ware me, foforo a cbaa y3 no, ade3 a ccy3 no maninngyeho koraa,” meaning, “My ex-wife, please come back and marry me because I am not pleased at all with the way the new one treats me.”That mournful tone has persisted until now.

The military are paid to defend us against external aggression, not to betray their nation. Kotoka reneged on his oath of allegiance. He did not defend Ghana, He betrayed us. So, KIA: Tear down this name!