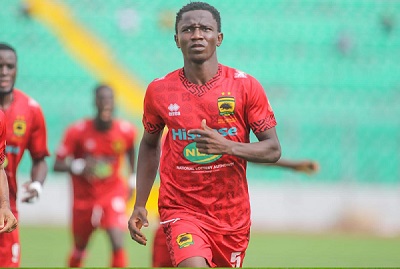 Newly crowned Ghana Premier League (GPL) champions, Kumasi Asante Kotoko will make a trip to the capital today to face Accra Lions to climax their last game of the 2021-22 season.

Kotoko will be aiming for a double over the debutants to amass 69 points, having won 3-1 in the first round.

Under the tutelage of Coach Propser Ogum Larteh, Kotoko has been in blistering form in the second round, recording three defeats, winning eight and drawing five.

Accra Lions in their debut campaign have been impressive, having won one and lose one in their last two games, sitting 12th on the log with 44 points.

Should they emerge winners or losers, they will play in the elite division next season.

Third-placed Bechem United will host Berekum Chelsea tomorrow at the Nana Gyeabour Park; a game Chelsea could win to move to the top six.

Demoted Ashantigold will play as guest of GoldStars at the Dun’s Park in Bibiani tomorrow.

With their title dreams dashed, Medeama are 10 points behind winners Kotoko but can maintain their spot whilst Dreams on 13th must seal a double over the ‘Yellow and Mauve’ lads to secure a good position for next season.

Wonders will aim to bounce back after a painful 1-0 defeat to West Africa Soccer Academy (WAFA) last weekend. A victory for the host could boost their survival chances.

With just a win in their last five outings, gaffer Annor Walker has registered his displeasure with the club’s poor run of results but has vowed to turn things round in their quest to cement a top four place.

Should they deepen the woes of the latter, the Wonder club could cement a fourth place on the table.

King Faisal will welcome Legon Cities to the Baba Yara Sports Stadium on Sunday to climax the 2021-22 season.

Retraction and apology to Prof Dodoo