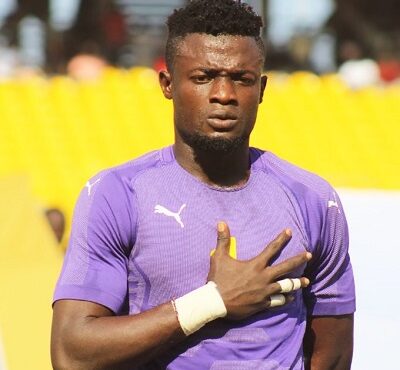 The Obuasi ‘Miners’ were flushed out by Burkina Faso’s Salitas FC on a 2-1 aggregate in the preliminary round of the competition, after a grueling barren draw in Obuasi where they were profligate – blowing off an avalanche of gilt-edged opportunities.

It was the reason many predicted an ominous upshot during their trip to Ouagadougou for the return encounter. And, it happened – even though they staged a stormy finish!

Bitter lessons, maybe, may have been gleaned by AshantiGold – 1997 CAF Champions League finalists.

Good news is that AshantiGold’s compatriots – Kotoko, progressed to the next stage of the CAF Champions League campaign without kicking a ball in the return leg fixture against Mauritanian outfit Nouadhibou, slated for the Accra Sports Stadium.

The Asanteman contingent had stormed the capital Nouakchott to battle the Mauritanians to an enchanting 1-1 draw – the home team grabbing a redeemer through a controversial spot-kick, we are told.

The return leg in Accra was billed to be tensely dodgy, though Kotoko were odds on favourites to cruise through after the full duration.

But as it turned out to be, the Porcupine Warriors did not have to sweat and kick a ball to qualify for the next stage as issues of COVID-19 concerns against Nouadhibou smiled favourably on the Ghanaians.

The tie, originally slated for last Saturday, had to be pushed to Sunday (following day) because two Nouadhibou players were said to have tested positive for coronavirus. Interestingly, another mandatory re-test on the day of the match remained the same.

It was a big blow to the Mauritanians who had travelled to Accra with 16 players and were not prepared to play without their two ‘Covid’ players.

The CAF officials, therefore, had the Hobson’s choice of declaring Nouadhibou losers of the game as they awarded a 2-0 win for Kotoko to secure a 3-1 aggregate win.

As expected, the Mauritanians did not take kindly to the decision, suspecting conspiracy between Kotoko and the match officials – insisting that the two players in the centre of the storm, had passed an original test conducted at the airport on their arrival into the country.

Well, the rationale behind this piece is to caution Kotoko to take a leaf from this incident and get fully loaded for bear as they continue to embark on this campaign.

They are likely to go far in the competition if they play more effectively and gird their loins for more taxing battles ahead in a competition carved for champions.

Indeed, if for any reason Kotoko should crash out of the campaign, it must not be attributed to COVID-19 as their opponents suffered. It must be blamed on a lousy performance, ill-luck or something else.

Ghana has not been without a continental club champion in any form since Hearts of Oak’s CAF Confederation Cup conquest in 2004 – and that is not good enough for a country considered a continental powerhouse.

That is why Kotoko must put their nose to the grindstone a bit more, be focused and committed to the grand cause of saving the face of the country.