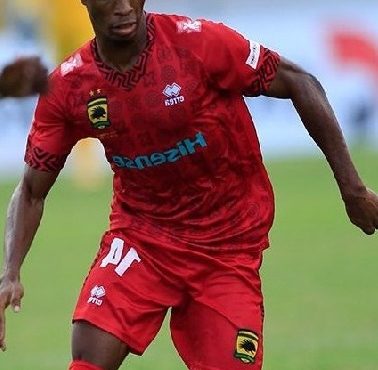 Kumasi Asante Kotoko will be eyeing a fourth consecutive win when they square off with Eleven Wonders today in their week-four Ghana Premier League (GPL) fixture at the Baba Yara Sports Stadium.
The Porcupine Warriors started this season’s league on a bright note with some enterprising and result-oriented football, to occupy the summit of the table.
Another win for Kotoko would further cement their position as they had already been tipped as favourites to win the 2021/2022 league.
They also face a side that are yet to find the back of the net in three opening matches with a defeat and two draws to their credit.
Beaming with confidence, Kotoko will go all out to deepen the woes of their opponents as they fancy maximum points to stay ahead of the chasing pack.
Wonders will also be tormented by Kotoko’s wonder kid Isaac Oppong who is gradually taking the league by storm following his impressive performances.
Nicknamed Neymar, the fleet-footed player had scored two goals so far including the strike against Bibiani Gold Stars last Friday to give Kotoko their third consecutive win.
He would be a handful for Eleven Wonders who would attempt to be resolute and get something out of the game.
In another cracker today at Dormaa, Aduana Stars face off with Real Tamale United with the home side chasing their first win of the season.
Aduana managed to clinch a point against Hearts in their last home game and would be hoping to get three maximum points against a very determined RTU side.
Newly-promoted Accra Lions host Bechem United at the Accra Sports Stadium for another interesting encounter.
The round of matches would continue tomorrow with a mouthwatering encounter between AshantiGold and Hearts of Oak at the Len Clay Stadium in Obuasi.
After three consecutive draws, Hearts would be looking forward to their first win against a side with the same interest.
AshantiGold will be hoping to get back to winning ways, and garnering all three points at home against the champions, would be fancied.
A fourth consecutive game without a win looks frustrating for the Phobians and they must go all out to make a statement at Obuasi.
In other games, Accra Great Olympics – who are also enjoying a decent season so far, will be hoping to maintain their run as they face Dreams FC at the Accra Sports Stadium on Sunday.
WAFA battle it out with Legon Cities at Sogakope, while Elmina Sharks would play Bibiani Gold Stars at Elmina in another dicey encounter.