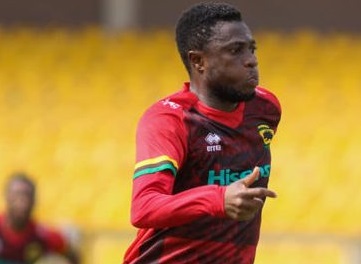 Nine-time FA Cup champions and current holders – Kumasi Asante Kotoko, have sworn to win this year’s competition to compensate their fans for their failure to win the Ghana Premier League (GPL) this season.

The Porcupine Warriors watched in pain as their bitter rivals, Accra Hearts of Oak, clinched the premiership title with a game to spare.

As the quarter final matches of the MTN FA Cupcompetition commence this weekend across all four match venues, expect Kotoko to produce a comprehensive result when they welcome the 2010 semi-finalist Berekum Chelsea to the Obuasi Len Clay Stadium on Sunday.

Billed to be a very ferocious contest, Kotoko will leave no stone overturned as the competition represents the only chance to win a trophy and also book a spot in the nextAfrican Confederations Cup.

Ten-time champions, Accra Hearts of Oak, will travel to face a dicey task with Elmina Sharks at the Nduom stadium today as the Phobians are eager to clinch a double.

Having escaped the drop by a hair’s breadth, the Sharks now look motivated to crush everything in sight – though Hearts can be a rugged undertaking.

Twice winners Medeama SC will tussle it out with tricky second-tier side Attram de Visser Soccer Academy at Akoon Park on Sunday.Having kicked out Okwahu United and Legon Cities on penalties, the Kasoa-basedside will be aiming to cause same havoc to Medeama.

AshantiGold SC will lock horns with lower-tier side Kintampo Top Talent at the Obuasi Len Clay Stadium this afternoon as they battle for a spot in the semis.