Kpando must be thankful to Della Sowah – Rev. Father Benuyena 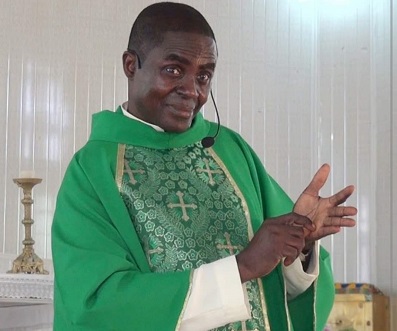 One of the members of the Togbui Kwaku Ayim’s Committee Father Benuyena has called on the people of Kpando to show appreciation to their Member of Parliament, Mrs Della Sowah.

The Togbui Kwaku Ayim Committee was put in place to resolve the differences amongst the various stakeholders and draw a road map to the installation a new Paramount Chief for  the people of Akpini.

Rev. Father Benuyena was the only member of the Committee who was not a chief.

Speaking to the media after the news of the installation of a Paramount Chief for the people of Kpando last Sunday, after 45 years without one, Father Benuyena recalled her support for the work they did.

He said at one time he had to encourage Mrs. Sowah not to despair.

This was because during their work, some people within the community sent a counter appeal to the Regional House of Chiefs. According to him this counter appeal  nearly derailed the process.

He added that a meeting was scheduled to listen to the counter appeal at the Kpando palace led by Nana Allo Soglo then President of the Regional House if Chiefs,It became obvious that the issues as reported to them were deeper than thought.

When all hope was lost, it was Hon. Della Sowah who stood and pleaded with the entourage forthe process be given another chance.

“Today we are celebrating a new Paramount Chief, why won’t we commend her. Let us give honour  to whom it is due. MP Della Sowah has done very well.”