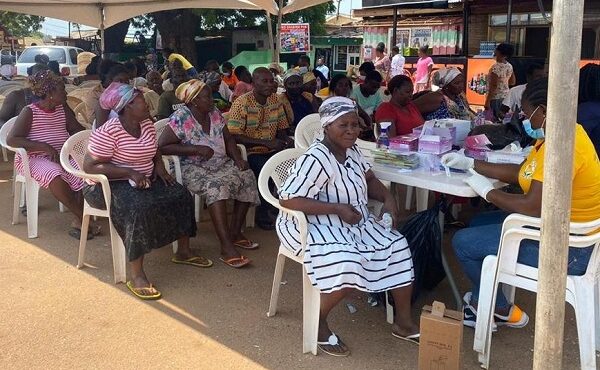 The focal person said this at HIV screening programme organised by the Krowor Municipal Assembly (KroMA) in collaboration with the Municipal Health Directorate for the people of Nungua and adjoining communities at the Nungua Traditional Authority popularly called Old Bus Stop recently.

Ms. Adongo assured the participants that the outcome of the exercise they had conducted would be strictly confidential.

‘’Whatever we find here is kept secret; no information goes out to the public because confidentiality is key in our dealings with people’’, she emphasised.

At the HIV testing and counselling, four persons – one male and three females tested positive for HIV out of 73 people screened. The four were referred to the hospital for confirmation and care.

Malaria Testing: 73 people were tested and they were all negative. BP Checking: 68 people were checked with 17 recording high BP while 51 had normal BP.

TB Screening: About 20 people were screened and their samples taken to the laboratory for confirmation.