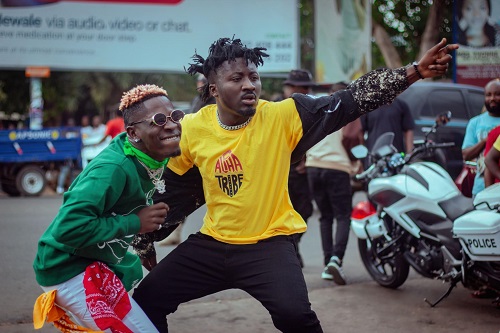 According to him, the craze put a spotlight on up and coming musicians in the Garden City of Ghana.

Speaking to The Spectator, he said, Kumerica had been a good omen and for that reason, the musicians could not let the people of Kumasi down, but rather worked harder to stay in the music game.

“The dominance of Ghana music by musicians from Kumasi has been down for long, and with this firm grips, we cannot let it slip but hold onto it,” he said.

He expressed appreciation to Shatta Wale for coming through to support them through collaboration and activation last year.

Amerado called on presenters, event organisers and other stakeholders to give artistes from Kumasi the necessary support to enable them take their craft to the next level.

The Yetee Nsem  hit maker urged artistes within the region to be united and hold each other’s hand for a better future.

What started as a troll of young boys with an American accent and lifestyle, later became a compliment when people who are proud of the Kumasi culture defended and embraced these boys.

This did not stop there, they then went ahead to name almost all the towns in Kumasi to the likestates of America, and this brought a lot of attention to Kumasi.