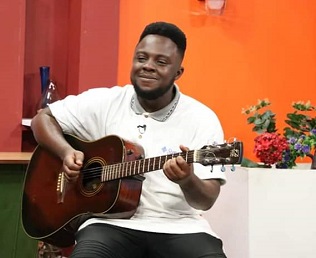 Gospel Music sensation, Kyei Mensah has finally released the much awaited video for his “Take It All” single.

According to him, the song produced by Nick Records, which was released earlier in the year has received airplay both in Ghana and abroad.

Speaking to The Spectator, he was optimistic, that the video which was directed and shot by Danni Vision, would further bring more attention to the song.

Kyei Mensah revealed that the song was written during his university days when he sat with a friend with the intention of writing a love song.

At a point, they felt all the lovely descriptions could be attributed to God, considering His unceasing love for mankind.

Following this, he dedicated the song to God to express his appreciation for all he had achieved in a short time.

He said though there was an earlier financial challenge, after performing the song at last year’s August Worship Concert held at Makers House Chapel International, he received support from well wishers who helped  financed the recording among other things.

Consequently, Kyei Mensah expressed his appreciation to the host of August Worship, Eric Jeshurun Okyere for availing the platform to him.

The “Nyame Bekyere” hit maker urged music lovers to expect more singles from his camp before the end of 2020.

Currently, the song is available on all digital music stores.