Last words of General Acheampong: ‘Take my wedding ring and pray for me before my execution’ 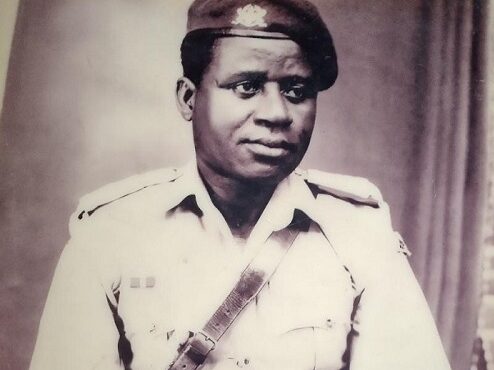 Counting minutes or seconds to one’s death could be devastating and even leave one utterly dumbfounded, yet a military officer and Ghana’s former Head of State who was awaiting execution thought it wise to seek God’s clemency before his death by firing squad.

“Take this wedding ring and pray for me that God will accept me just as l am.” These were the last words which came from the trembling lips of the late Gen Ignatius Kutu  Acheampong in the Roman Catholic Chapel at the Burma Villas, at Burma Camp, Accra.

Speaking in an interview with The Spectator at his base at Nkwanta in the Oti Region, Rev Fr Col Matthias Kumesi, then  a Major and a Catholic Chaplain of the Ghana Armed Forces who was asked to prepare the senior military officers spiritually and entrust their souls to God before they were executed in `1979, intimated that it was a traumatic experience for him to go through as  a Catholic priest.

He said he was shocked because he asked General  Acheampong whether he should give the ring to his wife, but  the former Ghanaian leader told the military priest to rather keep it and pray for his soul as he was going to meet his Maker.

Rev Fr Col Kumesi said Maj Gen Edward Kwaku  Utuka, a former Border Guard  Commander who was to be shot with Acheampong also enguired from him to give a bag he had to his wife, which he did, adding that it was possible for him to do so because he lived at Awudome Estate in Accra with his (Utuka’s) family.

“When l carried the bag to Utuka’s wife and informed her that the husband had been executed, she broke down in tears and wept bitterly but later paused at a point and asked me to do her a favour by picking up her daughter from the Achimota School. At the school, l obtained permission from the authorities and came home with the daughter,” he said.

The Chaplain General said it was sad to note that the rest of the officers could not give him any messages to their families, hence their inability to tell him something, but he believed they were struck by shock.

“Imagine receiving such a chilling command by a telephone call at midnight which frantically rocks one to the marrow, disturbing one’s sleep and leaving one in a confused state of mind,” he said.

He said that he was tasked to prepare soldiers who were to be executed, adding that under such circumstances he was compelled to move to the chapel to wait for the arrival of those to be executed.  But he could not succinctly explain why the task fell on him.

The then Chaplain General said those earmarked for execution were brought in handcuffs but he requested that the handcuffs be removed before they were ushered into the chapel.

Rev Fr Col Kumesi said while in the chapel some, of them got confused and sat very calm. “It is, indeed, tragic to walk to one’s death. We know that when struck with ailment, one has the hope to either survive by divine healing or by administering a potent medicine. But l tell you it is not easy,” he said.

He stated that since it was difficult to look into their faces, he rather faced the altar, prayed for them, calmed their nerves and encouraged them that God was waiting to welcome them into His Kingdom.