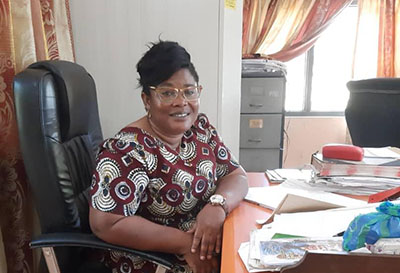 Leaders at all levels of human endeavour have been urged to lead the crusade for a change in the country in order to promote its development.
The Founder and Leader of Drill Church International, Accra, Rev Juliet Tetteh, in an interview with The Spectator, said change could be effectively achieved if people accepted their faults and made the conscious efforts to abandon what they had done in the past.
She said it was necessary for those in leadership positions to largely show the way for their subordinates to follow.
Rev Tetteh emphasised that since discipline was directly linked to promoting change in society, people should hold on fast to discipline and its virtues.
The Founder asked Christians to learn from the humility of Jesus Christ who took the form of a lowly servant, laid down his life, “to show us a classical example of what good leadership entails,” she said.
She called on Christians to leave good legacies for the youth , show remorse for their sins and desist from making comparison with others.
Rev Tetteh bemoaned the fact that there were no longer role models from whom the youth would learn useful lessons to help them change their lifestyle.
She, therefore, called on parents not to shirk their parental responsibilities since they were the first teachers of children.
Speaking on COVID-19 pandemic, she called on Ghanaians, especially the youth not to relax in the observance of the protocols which had been prescribed.
She said though some restrictions of the pandemic had been eased, people should not conclude that all was well and conduct themselves how they felt.
Rev Tetteh said it was unfortunate some passengers who joined commercial vehicles, refused to wear nose masks, thereby endangered the lives of others.
She, therefore, called on the various transport unions to ensure strict compliance to the COVID-19 protocols in their stations, to promote good health in the country.