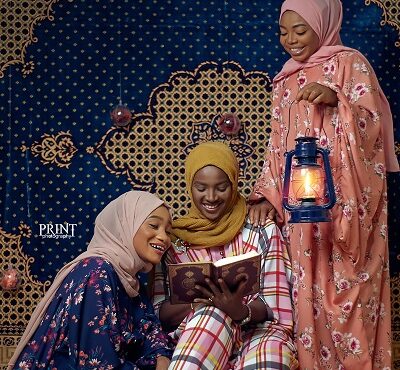 Queens of Islamic beauty pageant dubbed Miss Musilimah Ghana have advised the youth to continuously maintain the connection they have established with Allah during the period of Ramadan.

The beauty queens of the maiden edition in 2020 are, Faiza Issah Iddi, winner, Laila Ayub and Khadijah Akobilla, first and second runners-up, respectively.

According to them, “the month of Ramadan teaches one to be pious,discipline and most importantly how to maintain self control, as well as how to improve on their connection with Allah”.

In an interview with The Spectator, they said,maintaining the relationship  with Allah would prevent them from going back to their previous worldly lifestyles.

“We should learn from all the lessons this Ramadan month has taught us which includes sharing, love, peace, humility, respect, discipline, self control and a whole lot,” they noted.

They said that such lessons must be incorporated into daily activities to indicate a complete in attitude change.

Touching on the impact ofthe pageant, they said “it is a platform that is set to show the general public how beauty is defined from the Islamic perspective.”

The reigning queen, Faiza Issah Iddi hangout and donated assorted items to the children at the Oncology Department of the Korle-Bu Teaching Hospital, the Omanjor DA school and the Nungua Central Mosque as part of her “Supportforsurvival” and Operation feed 400 people projects.

Talking about her future plans, Faiza said, “ there are new projects such as “The Muslim Aid” her which is going to be a three-day conference for the Muslim youth and also “The Megalondon” project which is about four projects infused together to make one huge project.

Miss Muslimah Ghana is a platform that is set to show the general public that there is beauty and intelligence in the muslim community and the modest way of dressing without  showing showing parts of the body just to look beautiful.