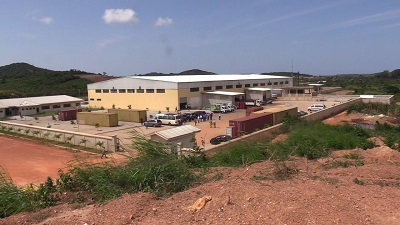 One of the major campaign promises of the ruling government in the 2016 general election was to create a factory in every district of the country.

Perhaps, the afore-mentioned campaign promise by President Nana Addo Dankwa Akufo-Addo, accounted for the overwhelming victory of the party in the 2016 elections, given the growing unemployment challenge facing the country.

Dubbed “One District, One Factory,” the policy was “designed to decentralise industrial development to ensure an even and spatial spread of industries.”

The policy aimed to establish “at least, one factory or enterprise in each district of Ghana as a means of creating economic growth poles that would accelerate the development of the various local areas and create jobs for the teeming youth.”

Under the private sector-led initiative, government was to “create the necessary conducive environment for the businesses to access funding from financial institutions and other support services from government agencies to establish factories.”

Among others, the IDIF, was to transform the country from the import of raw commodities to export of value-added materials to attract more value for the country’s natural resources.

It was to also to transform the local economies by harnessing the huge mineral and natural resources that abound in various parts of the country.

Furthermore, the programme was to create strategic enterprises at the local level and create employment to address the growing unemployment conundrum facing the country.

As of July 2020, about 170 factories had been established under the IDIF initiative of  28 were said to have been completed and 31 were under various stages of completion.

The World Bank indicated that the country’s youthful population, accounting for 36 per cent of the population, presents both opportunities and challenges.

Creating factories in each district of the country, would go a long way to help, harness this demographic dividend to propel national development and not become a curse for the country.

It must be indicated that the 1D1F initiative formed part of several initiatives, outlined by the government to industrialise the nation and move the country from import dependent to export led of value-added products.

With a GH¢100 billion seed fund, the programme is designed to mitigate the economic challenges brought on businesses due to COVID-19 pandemic.

It must be emphasised that previous governments had made various attempts to industrialise the country and thereby initiated programmes to that effect.

Particularly, under Dr Kwame Nkrumah’s industrialisation agenda, many companies were established in the country.

Thus, in the early period of independence the country was awash with industries in areas of agriculture, mining, manufacturing and services, creating all the country needed without importation.

Interestingly, in the 60s, the country could produce items such as lorry tyres, glass products, radio and sugar, just to mention but a few, locally.

In view of this, there was no need to spend millions of dollars to import the afore-mentioned productions.  The government was able to save a lot of foreign exchange and this put less pressure on the Cedi by its international peers such as the dollar.

Unfortunately, most of the industries created by Ghana’s first President had  collapsed and others privatised following the formation of the Divestiture Implementation Committee, and the others that had not been privatised have been left to rot.

Mention can be made of some of the defunct state-owned enterprises such as the Aboso Glass Factory, Bonsa Tyre Factory, Ghana Airways, State Construction Company, State Fishing Corporation, National Savings Banks and the Black Star Line.

The companies mentioned provided a lot of employment to the citizens.  It is said that in the early independence era, jobs were in abundance.  Graduates had jobs before completing school because companies were scouting for them.

Sadly, the story is different today. The country currently imports everything including tooth pick, when bamboo can be found in most parts of the country.  Producing took pick does not require any sophisticated technology, for which the country should be importing tooth pick.

The state does not have foothold of the economy and it appears Ghana’s economy is in the hands of foreigners. All the strategic national assets, from mining to telecommunication, have been privatised and now in the hands of private investors.

For example, until recently when the government announced the takeover of the AirtelTigo, the country did not have a strong position in the telecommunication sector.

I am not by the above argument suggesting that the country should not work to attract Foreign Direct Investment. Far from that, but the country can equally invest in critical sectors of the economy so as  to create jobs, attract more foreign exchange and shore up the economy.

The country, and for that matter, the government by now, has learnt a lot of lessons from the factors which caused the collapse of the ailing state-owned enterprises. Such weaknesses, whether managerial or governance, will serve useful lessons for government. There are more  prospects for government to succeed if it decides to partner the private sector to revive the defunct industries, because history will be there to guide us.

Implementing the IDIF programme to industrialise the Ghanaian economy offers the government opportunity to partner the private sector to revive and resuscitate the defunct and ailing state-owned enterprises.

There is no need re-inventing the wheel in the effort by government to industrialise the country.  The template,  to help  to revive and prop up ailing state enterprise and bring back those which have gone down,  is available and what is needed is for government to look for strategic investors to partner to bring  the defunct state-owned industries back to life.

These can serve as low hanging fruits in the government’s attempt to industrialise the country. Some of the defunct companies, have vast lands, which is a critical factor of production, and for that matter there would be no need to spend so much  resources to  acquire a land.

With land available for most of the defunct companies, it should not be difficult for the state to look for private investors to revive those companies.

The Food Distribution Corporation silos and adjoining lands in the North Industrial Area in Accra is a critical example to cite. The area has been occupied by  squatters, who are doing brisk business .

Such national assets going waste abound across the country. The Kade Match Factory in the Kwaebibirem District in the Eastern Region, is an example.

When the then Ambassador Hotel was transformed to what is now known as Movenpick Ambassador Hotel through a private investor, many were those who hailed the government.  The assumption was that government would continue the exercise to revive other defunct state-owned enterprises, but that was not to be.

For  nothing at all, the outbreak of the coronavirus disease, has taught great lessons for countries to look within and position themselves to produce and consume what they need locally.

The COVID-19 pandemic presents a great opportunity for the government to revive and bring back the state enterprises which have gone down so as to be able to produce what the country needs locally.

Not only will the country generate enough foreign exchange to shore up the cedi, but also create enough jobs for the teeming unemployed youth.  The country’s demographic bulge should not be a ticking time bomb, but an asset to develop the economy.

It behoves on the State Interest and Governance Authority, the Ministry of Finance and the appropriate state organisations to begin to initiate strategies to revive the defunct state-owned enterprises.