Let’s speed up on the African Games 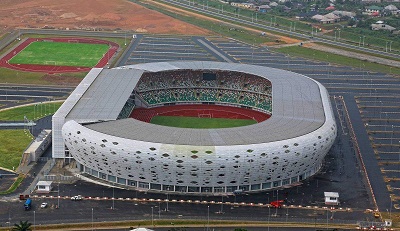 So, two years away from now – specifically in 2023, Ghana will for the first time have the opportunity of hosting the quadrennial games (African Games).

It is worthy to note that the maiden Games were held in 1965 in Brazzaville, Congo.

For a country that had for ages been a strong advocate for African unity and indeed championed the fight for the decolonization of the continent, it is really astonishing to many that Ghana (first country south of the Sahara to gain independence), has not had the opportunity of hosting the prestigious Games.

The 13th edition of the African Games is expected to be held in three cities in the country on dates yet to be determined.

For the second time in history of the Games, the showpiece would be decentralised in a process that started in the previous edition held in Morocco.

As such, three Ghanaian cities (Accra, Kumasi and Cape Coast) have been chosen for these functions.

Already, a land has been secured at Bortyeman in the Greater Accra Region to construct the necessary facilities for the Games and the procurement process to engage the contractor has been completed.

The facilities to be constructed include a 50,000 capacity Olympic Stadium complex, multi-purpose sports halls for all indoor sports, aquatic centres for swimming and tennis courts.

This is the third year (October 2018), Ghana got the nod to host the Games, but one must admit that preparations appear all-too slow for a multi-sport event that is expecting more than 5,000 athletes from over 50 countries.

As the sports ministry itself has said, the Games will be a unique opportunity to rewrite the scripts of the country’s sports for the next century and things have to be sped up to be able to meet supposedly early deadlines to the benefit of the nation.

For that matter, no efforts should be spared to make the event a grand success as the eyes of the continent is expected to be fixed irrevocably on us – aware that anything associated with Ghana is of sterling quality. We do not have to disappoint the world.

Indeed, the benefits of staging such Games are incalculably great as we are told by Minister of Youth and Sports Isaac Asiamah, that the Olympic stadium is poised to become a National Centre of Excellence for Sports Development. According to the Minister, already, a sustainability plan that will last for generations has been put in place to convert the facility into a University of Sports Development after the Games; so it does not lie idle and waste away.

It sounds pretty sparkling as experience has shown in a number of African countries that such huge facilities virtually go waste after the Games and we need to take a leaf from that to ensure that we put ours into a proper, sustained use.

For now, it is high time we worked our tail off to guarantee a successful organisation and host of the Games.