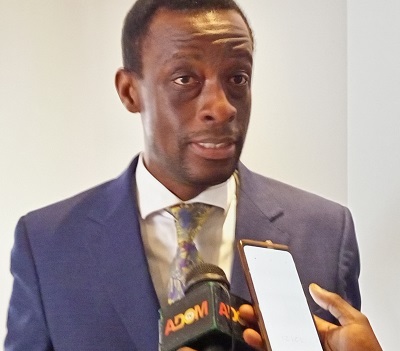 Ghana needs to become an inventor of technologies as the global community transits into new and clean  energies like solar for industrial and domestic use, the  Western Regional Minister, Mr Kwabena Okyere Darko-Mensah, has proposed.

Mr Darko-Mensah made the suggestion at a dialogue on the National Energy Transmission Plan forum on the theme: ‘Moving Ghana to a net-zero future’ organised  by the Ministry of Energy  at Takoradi to  solicit views from stakeholders

The forum was to help the implementation of a harmonious national energy policy  as stated  in  the Paris Accord.

Mr Darko-Mensah remarked that, the present  challenge required  changes in the way energy was  produced, used and made accessible to more people while drastically cutting emissions.

He again argued that, Ghana’s transition plan should position the oil and gas industry to play a more significant role in the development of the country.

“The Western Region as a major producer and contributor of oil and gas should be given the larger concentration as more and more industries are springing up.

“As a region that proposes to be a technology hub, we invite the Ministry of Energy to partner with the Takoradi Technical University to set up chairs and industrial zones at its engineering campus at Akyenyi to make the region developers of technology and innovation in the area of energy transition products and project,” he added.

The forum, Mr Darko-Mensah, said was aimed at collating views on how Ghana could move towards sustainable energy in line with efforts towards the global shift from carbon-based systems of energy production and consumption to clean energy sources.

“We have to step up climate change mitigation and adaptation efforts because there is a growing impact of climate change at the global and continental levels. For the earth to be safe, we have to effortlessly fight to reduce our emissions as industries,” he said.

However, at the heart of such energy transition, the Regional Minister said, transformations must come from the people because “we simply cannot leave 800 million people in darkness without access to electricity.”

Government, he assured, would continue to provide an enabling business environment and work hard to remove the blockages that hindered climate change and the growth of the energy sector.