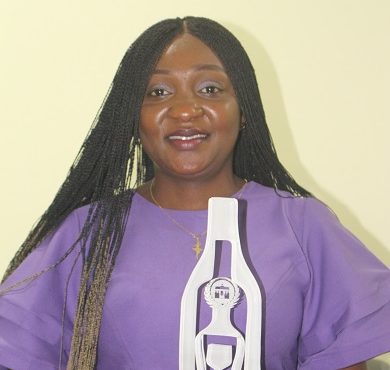 The General Manager of Liberty Industries, producers of alcoholic beverages, actress Mrs  Kai McCarthy, has appealed to government to provide soft loans and tax relieves to help businesses to survive.

She said COVID-19 had brought untold hardship to companies and they needed the bailout to promote their businesses.

The General Manager of the Ghanaian-based company made the appeal in an interview with journalists in Accra, stressing the need to protect Ghanaian businesses to promote the economy in the country.

The meeting was to show appreciation to their customers for supporting them to be adjudged the best in alcoholic beverage production during the Ghana Beverage Awards in 2019.

She thanked Global Media Alliance for the award, stating that it will motivate them as a company to enhance its standards.

Mrs Maccarthy said the company for the past two years have received awards for the best in alcoholic beverages.

She said the company as part of its efforts to produce on a larger scale would soon export their products to other countries.

The General Manager appealed to the public to patronise their products since it was organic and seeks to improve the immune system.

The awards was  organised by  Global Media Alliance with supporting partners such as the Food Research Institute (FRI) under the Council for Scientific Research Institute (CSIR), Ghana Tourism Authority (GTA) and Food and Beverages Association(FBA) of Ghana.