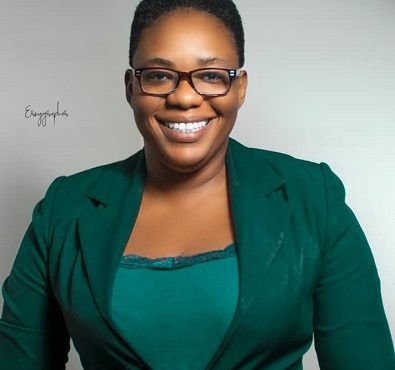 Lilian Sally Addo is the Country head of the United Nations Youth Association Ghana (UNYA) and her drive to ensuring the attainment of the Sustainable Development Goals (SDGs), is highly commendable and impactful to the nation.

She is spearheading the affairs and the role of the youth in nation building and making a collaborative effort to help achieve the Resolution 2250 set by the United Nations.

Ms Lilian is using her energy and a resilience to canvass youth across the nation to help maintain peace and security, which was in line with the UN Resolution 2250, as the thematic resolution that deals with the topic of youth from an international peace and security perspective.

The indefatigable lady has championed the association’s goals to be an ardent campaigner for the United Nations objectives here in Ghana in setting an example of youth leadership to maintain peace and security within the nation.

The Spectator exclusively interviewed this promising Country Head last week to discuss the measures put in place by her to make the association a very impactful or vibrant both locally and internationally.

Lilian schooled at New Hope Preparatory School and St. Mary’s Basic Schools, all at Korle-Bu, a suburb of Accra, and later proceeded to Mfantsiman Girls’ Secondary School, in the Central Region in 1992, where she read General Arts and completed in 1994.

Initially having a passion to be an air hostess, the visionary lady decided to pursue a bilingual course at Alliance Française and the Ghana Institute of Languages to enhance her proficiency in French and Spanish.

Her dream for becoming an air hostess did not materialise, when her parents “thwarted” the idea  thus making her delve into Information Technology where she studied and earned an Associate Degree in  Management Information System from the Institute for the Management of Information Systems, in the United Kingdom, from 1996 to 1998.

Ms Addo later came back to Ghana and worked at the Standard Chartered Bank, Accra High Street, for a short time.

To add value to herself, she further acquired professional certificates in Local and Wide Area Network (LAN), and (WAN) and Network Topology from Systems Communications Network Institute in the United Kingdom.

Later in life, Lilian aspired to be a lawyer so she read Paralegal Studies at Kaplan University, Davenport, Iowa, in the United States of America in 2012.

“I have love for entertainment so I wanted to be an entertainment lawyer so in 2012 to 2015, I obtained a Bachelor of Science in Entertainment Business Management at Fullsail University at Florida in the United States,” she said.

In quest for more academic achievement, she proceeded to read Master of Science in Legal Studies at the Washington University in St. Loius (School of Law), Missouri, USA, and is currently reading a doctorate degree in Leadership and Business Management at Capella University in Minneapolis Minnesota, USA.

Since hard work pays, Lillian again received a Dean’s Honour List for earning a 3.96 grade point for September 2009 term at Kaplan University, and repeated the same record for obtaining 3.96 grade point in July 2010 term at the same school.

Her zeal for making a remarkable impact on individuals has made her find herself doing multiple jobs.

Ms Lilian is the Chief Executive Officer of Creative Entertainment and Events Management Limited and is also the CEO of Creative Hi-Tech Solutions.

Also Lilian is the founder and president of the Humanitarian Reach-out Foundation, a non- governmental organisation.

While in the United States, she attended a nursing school and worked as a nurse Aide in the hospital.

According to the hardworking lady, she has done businesses across Africa, Asia and the Americas.

“I have trained and managed talents from cultural performers through models and artistes with my company, Creative Entertainment and Events (formerly Riclils Entertainment) and have done fulfilling works with my humanitarian work,” she revealed.

The Zeal for United Nations

She stated that her involvement in the United Nations came into light when she met a group of UN volunteers and they approached her to champion the cause of mobilising the youth to have a louder voice in fulfilling the Resolution 2250.

After accepting the offer, she built a strong UN administration and developed a team out of it in all the current 16 regions of Ghana by going on a national tour to build affiliations.

According to the Country Head, she went to the United Nation’s Headquarters to find out more about strengthening and forming a formidable association under the UN.

“I have attended many conferences organised by the UN and exposed more youths in Ghana to participate in more UN programmes both in Ghana and abroad.

Ms Lilian together with her team has formed a youth parliament with 275 Members of Parliament to advocate the affairs of the association.

The rice and kontomire lover admonished the youth to desist from peer pressure and stop living fake lives on social media, because the lifestyle of some youth negatively impacts others.

“The youth must identify their God-given talents, submit to authorities and guidance, and stay focused with the fear of God, which is the only lead-way to success”, she cautioned.