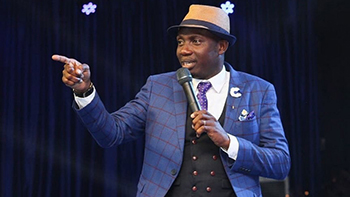 Have you seen any dating show on TV that you may want to join? If yes, then counsellor Lutterdot says that is equivalent to practising ‘ashawo in disguise’.In a recent interview with Graphic Showbiz, the controversial Ghanaian counsellor opined that the fact the participants of the show hurriedly hook up without taking time to study themselves implies that such shows are platforms for glorified prostitution.”You meet a guy on TV and all of a sudden on TV you ask the guy and he says I like you, what are the things you know about the person? I think that it is prostitution glorified if you ask me. That we are glorifying prostitution but using other mediums to invite people to practice ‘ashawo in disguise” he said.According to Mr George Lutterodt, the physical appearance must not be the only means by which a boyfriend or girlfriend is selected. “Just by looking at the person, you like him or her. These people come on TV in their best-dressed attire. The guys who come there don’t know you well,” he noted.

The counsellor who also doubles as a man of God added that “We advertise ladies on the screens and when they are not chosen by any man, it becomes an issue and leads them to stress and depression. They live with anxiety disorder and the mental illness that they are not suitable for any guy”.