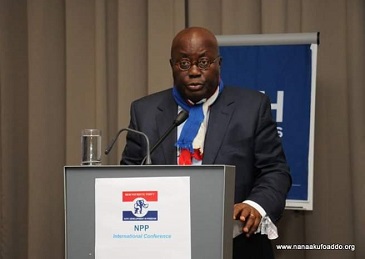 President Nana Addo Dankwa Akufo-Addo has advised defeated MPs who failed in their re-election bid at the just ended Parliamentary Primaries of the New Patriotic Party (NPP) that losing an election is not the end of one’s political career.

He encouraged them not to give up, using himself as a living example.

In an acceptance speech at his acclamation ceremony at Alisa Hotel on Saturday, he said, “I congratulate all those who came out winners, and have got the opportunity to represent our party at the elections in December. As always happens during elections, there were losers. Many of these people are important personalities in our party, and are playing critical roles in Parliament, as are all the others.”

He went on to say that “But those of us in politics know that these things happen, we know that to use the famous words of our one-time General Secretary, we have to continue to fear delegates, but we remain firm in our belief that losing one election cannot and does not mean the end of your political life. I am a living example.”

He further noted that the NPP had a good story to tell on every sector economy, urging them to go out and tell it to the people of Ghana.

” We grow the economy, they shrink the economy. We create the properly enabling atmosphere for businesses to flourish,” he said.