Lynching of 90-year-old Woman: Sorcerer arrested at her hideout 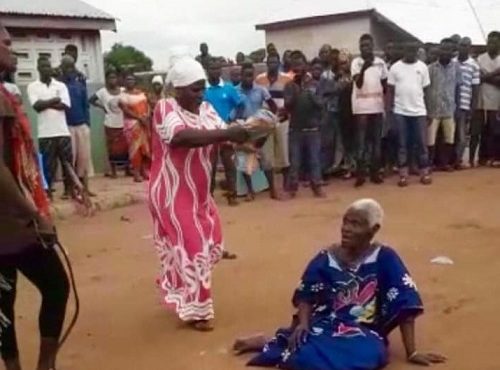 The Ghana Police have arrested the Sorcerer who masterminded the lynching of 90-year-old Madam Akua Denteh in Kafaba.

The Sorcerer, Sherina Mohammed alias Alhajia, aged 40, was arrested at her hideout at Yeji last night.

She is currently in Police custody.

The six persons earlier arrested are said to be among those who invited the traditional priestess to the Kafaba community to identify witches and perform the rites of exorcism.

The five who were transferred to the Savannah Regional Police Headquarters were put before the Magistrate Court in Bole and have been remanded to reappear on August 20, 2020.

The chief of Kabafa, Seidu Yahaya was the first to be arrested in connection with the murder of Madam Akua Denteh to assist the police in its investigations but has since been granted bail.

Madam Akua Denteh was on July 23, 2020 lynched after a traditional priestess declared her a witch.