Make peace with your past — Father Michael Lapsley 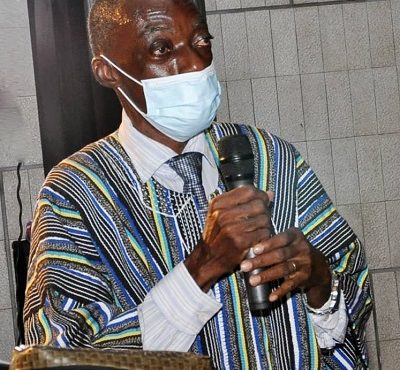 It is hard to deal with the trauma of devastating events such as accidents, loss of a loved one, epidemics or even war and ethnic conflict.

Though some people are able to quickly put themselves back on track, the “emotional scar” for others could linger on for life.

However, Father Michael Lapsley, Director of the Institute of Healing of Memories, says individuals, groups and nations must endeavour to make peace with their past and embark on a “journey of recovery,” irrespective of the level of “pain.”

Speaking to The Spectator ahead of the institute’s workshop, in partnership with Action by Christians Against Torture (ACAT) Ghana, he observed that “many people seem to be living normal lives but they still have unfinished business from the past,” hence the need to find possible ways of healing old wounds.

He said it was important for individuals to open up about negative experiences instead of trying on their own to deal with unfortunate real life situations.

“There is always the issue of how to deal with the past; and temptation has been to simply burry and forget the past but the problem is when we try to do that, it never works. The past keeps coming back to bite us. It keeps haunting us in various ways,” he said.

The Healing of Memories workshop scheduled for August 11 to 21, 2021, at Sokode in the Volta Region, seeks to train local facilitators and help participants find solutions to their worst experiences.

Explaining the ‘Healing of Memories’ concept, he emphasised that when people shared their stories in a safe space, they “begin to feel less alone and begin to see that it is possible to live another day and also find meaning in their life.”

Father Michael Lapsley is an Anglican Priest born in New Zealand and trained as a priest in Australia before moving to South Africa. During the days of apartheid racial discrimination, he became a chaplain to Nelson Mandela’s African National Congress and a target of the white supremacy.

In 1990, while in Zimbabwe, he opened a letter that turned out to be a bomb. He lost both hands and one eye. Upon surviving the attack on his life, he established the Institute for the Healing of Memories.

Now, 72, he uses his experience to connect with other persons who have experienced trauma and help them to find healing and to deal with their personal challenges.

His memoir titled “Redeeming the Past: My Journey from Freedom Fighting to Healer” has so far been translated into 12 different languages.

The organisation with footprints in a number of African countries works with prisoners, persons affected by HIV and AIDS, and tackles issues of gender-based violence.

Father Lapsley said the institute was working to “break the cycle that turns victims into victimisers by giving people the chance to deal with what they have inside them.”

He believes there is a link between healing and justice because “the more people heal, the more they are able to participate in struggling for transformative justice.”

The clergyman urged religious groups to create safe environment where people can tell their stories and “earn comfort and encourage from one another.”