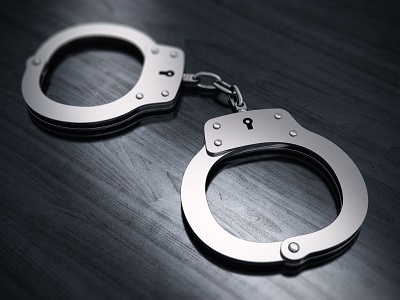 It is very strange to come across a young man who hangs human parts and skull in his room instead of curtains.

This strange situation was witnessed by residents of Assin Breku in the Assin North District of the Central Region where a 23-year-old man was arrested by police personnel from the Assin Foso Divisional Police Command for hanging human parts skull in his room.

The suspect, Mr. Joseph Amoah is currently with the police to assist in investigations. Meanwhile, some of the residents suspect that the hanging of the human parts in the room is for spiritual purpose.

At a news briefing, the Deputy Central Regional Police Public Relations Officer, Inspector Isaac Evans Ettie said, the Assin Foso Divisional Police which was called to the scene, arrested Joseph Amoah, for hanging suspected human parts on his window for what residents’ suspect was for spiritual purposes.

He said, the police on arrival, saw the suspected human parts hanging on the window of the suspect.

Photographs of the scene, he said, were taken while the suspected human parts had since been removed and same preserved at the St. Francis hospital morgue, Assin Foso, for investigation.

The suspect, he said, was assisting the police in their investigations.