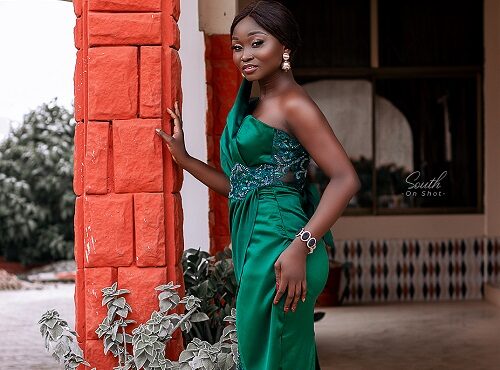 Margaret Barden a Master of Ceremony and presenter, has played a lead role in  audio series  dubbed Leaked.

The audio series talks about the life story of a level 300 student called Maame in a  university called Maame, and throws light on various issues happening on the campuses .

Speaking to The Spectator, she said, playing a lead role in Leaked had thought her a lot because of the storyline and the emotions the character, Maame, required to make things seem real.

Margaret further revealed that playing the character Maame was quite challenging because “I have to cry in most part of the story and it hasn’t been easy.

So far,it’s an audio series so every energy and feeling had to be channelled to the voice and that has been a great experience for me.”

She sees this as an opportunity to see her acting dream come to pass.

The audio series talks about the life story of a level 300 student in called Maame whose naked photo went viral and in the process of controlling the situation, she was raped, abused, and continued to fight the struggles of life.

The story was written, produced, recorded and directed by one of Ghana’s media personality, Jay Foley who has been contributing positively to the Media fraternity.