Marriage based on lies will not last – Catholic Priest 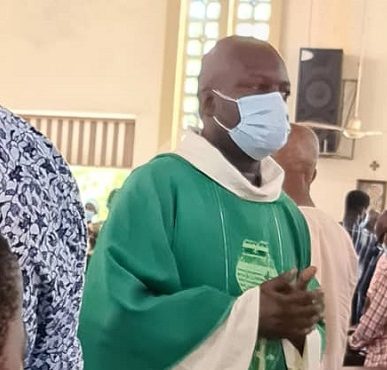 A Catholic Priest at the St. Augustine Catholic Church in Ashaiman, Reverend Father Tapera  Muserere (SVD), has advised persons intending to marry not to do so with an ulterior motive or under compulsion.

He explained that it was important for a person to come freely with his or her choice of partner  to the church but should remember that “the church does not force people to marry”.

“If your marriage is based on lies, you will cry tomorrow ” he said delivering a sermon at the St. Augustine Catholic Church in Ashaiman on the 27th Sunday in Ordinary Time under the theme “Marriage and Family Life”.

Rev Fr. Muserere said marriage was a covenant and a contract, therefore, if a person was brought to the Church for the wrong reasons or based on lies for marriage, it had serious implications.

“You fooled the person, you didn’t tell him or her the truth. That means that marriage was not a covenant in the first place” he stressed.

The Catholic Priest said there had been instances where people who had been previously married traditionally failed to disclose this to their partners who only found out after their marriage had been solemnised.

He said others who had children also failed to disclose that information to their potential spouses for fear that they would be rejected.

These reasons according to him were not justifiable in any sense and were enough grounds for nullification of the marriage.

Rev Fr. Muserere said truth was key for a successful marriage and a marriage which was based on lies could never survive.

He advised singles to pray over their potential spouses and ask God to give them spouses who would love them and they could do same to be able to stick together in thick and thin.

He said for those who were already married but living unnaceptable lives and hiding behind the excuse “that it was the work of the devil” should have a change of life, be disciplined and rather ask God for strength instead if being comfortable hiding behind the so-called devil.

He charged all married couples to pray to God to intervene in whatever challenges they might be going through and ask Him to  strengthen them  for the rest of the journey ahead because  every marriage had its own challenges, and needed the help of God. END