May the Stars bring laurels home 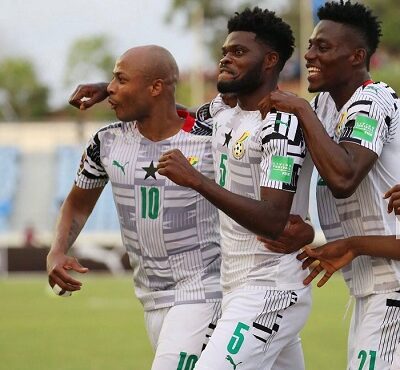 I am writing to add to the numerous congratulatory messages pouring in for the Ghana Black Stars, following their qualification to the 2022 World Cup in Qatar.

They deserve commendation just as they were chastised for the unimpressive show at the just ended Africa Cup of Nations. Their performance on Tuesday in Abuja was, indeed, an improvement on the effort put in during the first leg at the Baba Yara Stadium in Kumasi.

Although the Nigerians had the possession throughout the game, the determined Stars held on until the final whistle. In spite of the massive home support their opponents enjoyed, the technical bench rallied all their arsenals to ensure the team did not fail.

And, now that the bragging Nigeria is out of the way, lot more would be expected when the Thomas Partey-led squad arrives in Qatar later in November this year.

Critics say the victory was as a result of luck or divine intervention and I want the Stars to prove the naysayers wrong when they meet tougher opponents at the World Cup.

With a few months to the world showpiece, the sports ministry, team officials, and individual players must do what it takes to raise the flag of Ghana higher in Qatar.

While at it, I must say the post-match incidents in Abuja are condemnable. Football is not war therefore teams must learn to lose honourably. I am looking forward to the sanctions the Confederation of African Football (CAF) would impose on the Nigerian fans for their hostility towards the Ghanaian delegation.

Probably, the “giants of world football” may be on the way to hinder the progress of the Black Stars in Qatar but I am confident they can still defy the odds and bring laurels home this time.

Whip up interest in wildlife conservation

Enough of the destruction!