Messi back in Barca trainingahead of Mallorca restart 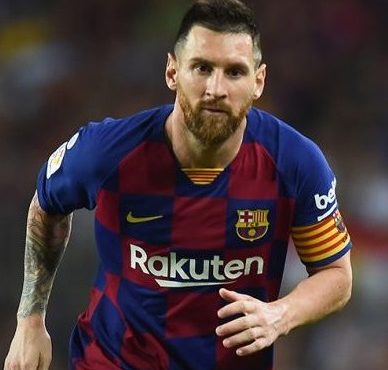 Lionel Messi trained again with his teammates yesterday to give Barcelona a massive boost ahead of their La Liga return against Mallorca on Saturday.

Messi has been suffering from tightness in his right thigh and had not trained fully since last Tuesday. He sat out sessions on Wednesday and Friday before working alone at Camp Nou on Saturday.

But Barcelona said in a statement their captain has re-joined “the rest of the team in the week of the return to competition in the Spanish league.”

Asked if Messi would be able to face Mallorca, Barca coach Quique Setien told Movistar on Sunday night: “Messi is not the only one that has not trained and felt some discomfort.

“It’s what has happened to everyone or practically everyone since they have been back.

“It is some minor tightness and we have it under control. He is doing perfectly and will not have any problem.”

Setien also gave an update on the fitness of Luis Suarez, who has been given the green light by the club to return after undergoing surgery on his right knee in January.

“He is better than we expected,” Setien said. “But the question is how ready he is after so long out and whether he is ready to start.”

Barcelona sit two points clear of Real Madrid at the top of La Liga, which will resume on Thursday with Sevilla against Real Betis after a three-month break due to the coronavirus pandemic.

There are 11 rounds left to play, with fixtures expected to take place every day until the season ends on July 19. – AFP