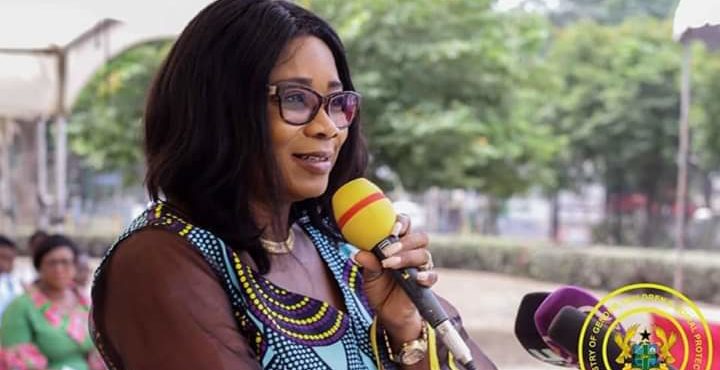 According to the statement, she was seen naked in front of her son, which the Ministry described as Inappropriate, after its attention was drawn to it.

The Ministry highly condemned the actress, stating it was classified under indecent exposure of the child, an act of pornography, degrading and also against the Children’s Act 1998 (Act 560), the Criminal and other offences act (Act30).

The statement added that the Ministry would liaise with the appropriate agencies to deal with the issue.

It further reiterated that posting of nude photos on social media at all times was a serious offence, adding that all must desist from it.

The Ministry called on the general public to stop sharing the nude photos.

In a birthday wish of her seven-year-old child on Tuesday, Akuapem Poloo posted a nude photograph of herself kneeling in front of her son who was in pant.

This caused a lot of outrage on social media, as many condemned the actress for exposing her son.

Against this backdrop, the police invited her, but she is yet to honour the invitation.

Meanwhile, the Child Rights International has issued a statement condemning her for such act.

On the back of this, the actress made a video apologising for her action, asking Ghanaians for forgiveness.