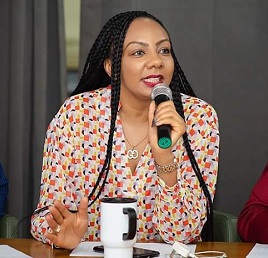 For the first time, the talent show for this year’s Miss Ghana would be held virtually without audience.

The innovation, which is as a result of the novel coronavirus pandemic, would be held on Saturday, May 30.

According to the organisers, Exclusive Events, the programme would be live on the Miss Ghana Youtube channel, a video streaming platform with support from Kri8 Concepts for viewers across the world.

Speaking to The Spectator, the Chief Executive Officer, (CEO) of Exclusive Events, Inna Patty, said the event would commence with an open dance from the contestants.

Following that, she said, contestants would appear one after the other before a three -member judge panel to assess their performances.

According to Inna Patty, intermittently, there would be performances from some other acts including the past winner of the Miss Ghana Talent Show, adding that these intermittent performances would take place after display from five contestants in four batches.

The Talent Show would be followed by a Fashion Show in June, for which the number would be trimmed to 16 finalists for the main show at a later date.

On the impact of COVID-19, she revealed that it had brought some challenges including having to run the show without audience interaction among others. She however, said it has presented them with an opportunity to be innovative.