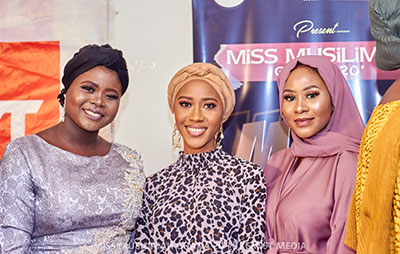 The event which will draw participation from all sects of young Muslim women was launched at the Accra City Hotel formerly NOVOTEL, last Saturday.

Participants are expected to be between the ages of 18 and 29 years to celebrate beauty, fashion and style in Islamic perspective.

Speaking at the launch, the Chief Executive Officer of Miss Musilimah Ghana, Ms Hawa Alidu said the pageant had nothing to do with nudity or any form of indecent dressing.

She said as part of positive reflection, it would showcase Islamic teachings and values, as well as exhibit the essence of hijab as a symbol of modesty and privacy.

Ms Hawa Alidu said, potential contestants should first seek the permission of their parents, and have background in Islamic teachings before acquiring the forms for the audition which is expected to start on September 5, ahead of the main event in October, 2020.

As part of activities, there would be photoshoot, video presentation, fun parks, educational activities, among other exciting programmes which would positively impact the lives of contestants.

She said the platform would be used as an avenue to help young Muslim women contribute to community and national development through humanitarian services.

The crown for the pageant which has the crescent moon and stars, a key symbol of Islam embossed on it was unveiled at the launch.

The chairperson for the occasion was the Marketing and Media Relations Manager of Electroland Ghana and CEO of Kuburah Diamonds, Mrs Adizah Kuburah Sadiq, who urged all Muslims to support such a worthy initiative to project Islamic values among the youth.

Mrs Sadiq who is also a Zongo women activist said MMG would afford young Muslim women the rare platform to bring out their best and positively impact society.