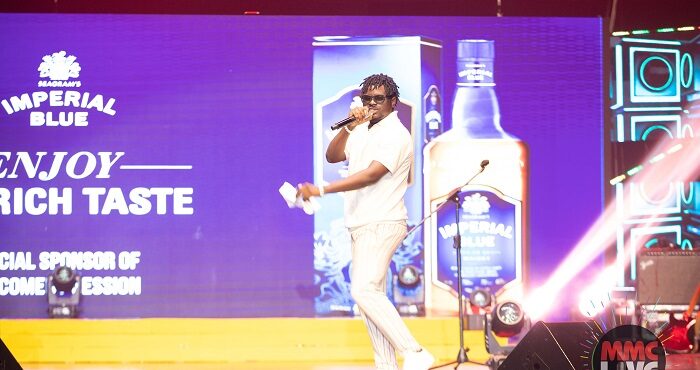 It was a night of danceable tunes, laughter and pure magic from talented performers in an all-star line-up. That’s exactly what the 5th edition of MMC Live gave the audience, living up to the expectations and satisfaction of Ghanaians.

The unforgettable night of experience began with a colourful samba dance by Samba Ghana and a mix of live band music from the Ark Band, followed by Abetimi – a budding young female musician and Kweku Wina, the King of YFM Rapture Season Two.

With the crowd enjoying their slice of pizza alongside drinks and some ice cream, Ghana’s number one hype man Kojo Manuel and finest female DJ Mz Orstin – both of YFM, turned up the stage on the night.

The entry of Clemento Suarez, the host of the night, riding a bike from the audience to the stage took patrons by a surprise.

The evergreen smooth singer, Adina mounted the stage to perform her hits songs back-to-back after which young comedian Parrot Mouth laid the grounds for the performance of Nigeria’s Kenny Blaq.

Regardts Laubscher, the magician from South Africa, delivered some incredible magic that got people stunned.

Final performance on the night came from Artiste of the Year KiDi who threw the crowd to enjoy his danceable tunes back-to-back.

MMC LIVE is an annual event which took flight in June 2016 and has grown to become one of the most successful entertainment shows in Ghana. The event is organized by Global Media Alliance.