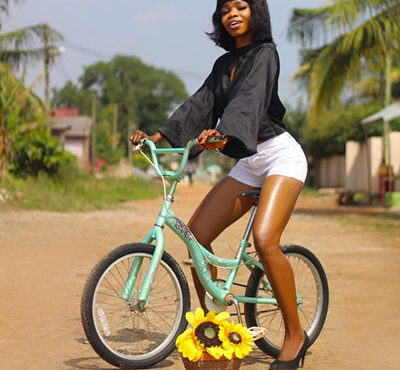 One of Ghana’s hottest models, Larkuor Adjartey (Larkgh) has been nominated for the Outstanding Woman in Model category in the upcoming Ghana Outstanding Women (GOWA) Awards.

Larkuor, known as ‘Queen of Divas’ is looking forward to add the award to her long list of prestigious awards won within a decade in modelling.

The awards, which is the third edition is slated for the Alisa Hotel on October 16 in Accra and organised by ASKOF Productions. It is aimed at recognising outstanding women for their efforts in various sectors of the country.

For Larkuor, the GOWA awards, would crown her anniversary celebrations and she is looking forward to gracing the red carpets with her usual stunning and glamorous appearance.

She recently won the Best Female Photo Model at the Ghana Innovation Awards and told The Spectator that, she had been working hard over the years and looking forward to end the year with yet another recognition.

The fast-rising model said, “the modelling industry is yet to see the best of me and I would continue to work hard to get to the top and make the nation proud.”

She urged the public to vote for her through the short code provided or visit the GOWA website and vote via the vote button.

The model is also known for her charitable works under her ‘Lakuor Foundation’ which provided support both in kind and in cash to deprived communities across the country.

Some other nominees for the event she said, include, Becca, Wendy Shay, Nana Ama McBrown and Deloris Frimpong Manso (Delay) with hiplife duo Keche set to perform on the night.