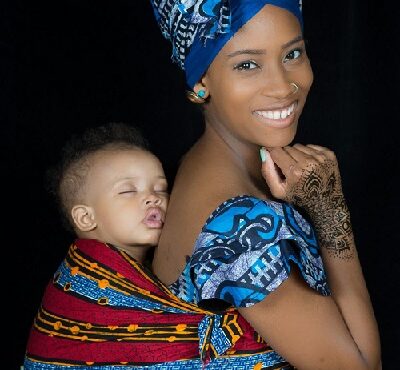 Last Sunday was Mothers’ Day worldwide and mothers all over the globe were saluted and honoured. All kinds of gifts were lavished on them. In fact, mothers’ day is a far, far bigger deal than fathers’ day. Whereas mothers get gifts as grand as houses, cars, jewellery, and other valuable presents depending on the financial clout of the giver, gifts for fathers seem like child’s play. They appear like an afterthought.

For example, if a mother gets some pieces of wax prints and/or jewellery, a father may get a tie or a card or a towel. By conservative estimates, if GHc 1,500 is spent on a mother, expenditure on a father may amount to about GHc 600 or less. I am not jealous as a father. I understand.

In fact, my mother’s people, the Fantes, have a proverb that says: “Egya kyew na onnwe,” which loosely translates to: “The father fries (the fish or whatever) but does not taste it.”In other words, men must provide for their wives and children first, before they think of themselves.

But, in recent times, the roles have been reversed in many instances. More and more women have taken over the responsibilities of men, not because they are “too know”or “sabbe, sabbe” as Ghanaians say in their local parlance. The fact of the matter is that some men are not pushing themselves hard enough, and by nature, women cannot sit comfortably by while things go haywire.

Mothers have historically been the burden bearers for humanity. Right from conception, they carry their babies for nine months. Some of them are abandoned the moment their men hear they are pregnant, pregnant carrying the babies of these capricious men which they irresponsibly make out of self-gratification not out of love or duty.

When they are threatened to abort the baby or face abandonment, most mothers would rather keep the pregnancy and nurture their unborn child by any means possible. With no support in a situation like this, the courage of mothers moves into top gear. They would do all kinds of jobs just to make sure the unborn child is safe, nourished, and protected.

With that heavy load, and a heart broken by a selfish, irresponsible man, a mother would do everything to ensure that she and her unborn baby survive. She would sell ice water, oranges, foodstuff, her clothes, and virtually anything people would buy. I forgot “bofroat.” I hear it is “ball float,” coined by the Fantes from the way the doughnuts float in oil while being fried.

A mother’s bowels of compassion know no boundaries. Can you imagine what the mother of Jesus went through as they crucified her Son over trumped-up charges? While men, His disciples for that matter, were nowhere to be found, with the exception of John, Mary stood at the foot of the cross at a position where her Son would make eye contact with her so that she would urge Him on to stay strong. Her bowels were churning at the sight of her tortured Son, but she did it all the same.

Because of the caring attitude of mothers, God Himself uses feminine metaphors to describe His attributes. Like a hen, He says He will cover His people with His feathers, and under His wings shall they trust. When Jesus was about to be crucified, He lamented over Jerusalem for her waywardness saying, He would have loved to protect the city under His wings, but the inhabitants would not let Him. These images depict the warm nature of God, a trait associated with mothers.

There is no warrior like a mother. When it comes to protecting her children, she fights with the claws of an eagle, the paws of a lioness or a bear, and the sting of a scorpion. That is how fierce a mother can be in the defence of her children, though wayward they may be. On top of that mothers have a good deal of ESP, (extrasensory perception) by which they smell danger afar off and act accordingly to nip it in the bud.

Just watch how a hen fends off a marauding hawk skirmishing to snatch one of her chicks. With the eyes of an eagle, she sees the danger afar off and puts herself in battle mode, ever ready to fight to the hilt until she secures her territory for the safety of her vulnerable chicks. In that sense, too, God compares Himself to a mother bear. He says like a bear robbed of her cubs, He would attack those attacking her little ones and rip them open.

Talking of ESP, I remember when I was a teenager, my mum warned me about a friend of mine, a person whose trustworthiness I had no reason to question. Here was a young, brilliant, handsome, jovial guy from a good home. He was just affable, but for some strange reason unclear to fathom, my mother saw him differently. She saw beyond the surface and told me my friend resembled a murderer.

As boys usually do, my friends and I used to gather at our house or in another friend’s house and go out to have fun. Those were the days when attending secondary school in Cape Coast was the best thing that could happen to a student. It was just a thing of joy. During vacations, some Accra guys would stay over at our place, or return during occasions like the famed Fetu Afahye festival and enjoy themselves.

One day, my mum told me in Fante:“Wo yonko yi, os3 wudzinyi,” meaning, “This friend of yours looks like a murderer.”I did not take kindly to that, but time proved her right. A bunch of us went on a night out and were returning on foot along a bridge that spanned the Fosu Lagoon. I do not know what kind of spirit came over him but, suddenly, my friend held me and threatened that if I dared him, he would throw me into the lagoon. And he knew swimming was not my forte.

He was heavier and stronger than me, and he actually dragged me closer to the edge of the lagoon. I instantly remembered my mum’s warning and knew if I died that young, it would be due to my foolishness in thinking I knew better, and consequently defying my mother’s instinctive warning.

With these thoughts racing through my mind, I behaved sensibly, keeping calm until the evil that came over him retreated. On hindsight, I know that my mother was praying for me. I never told her what happened, but I advised myself.

I recall that when we were growing up, mothers who had been delivered newly of their babies, had a custom of wearing white clothes with beautiful footwear and white beads as necklace, and visiting maternity and childcare clinics to weigh their babies and monitor other aspects of their vital signs.

Imagine a mother who was abandoned by her man and struggled to have the baby. She just could not afford the luxury of changing clothes to celebrate the joy of having a baby safely after all the problems. Some still had their husbands, but they were living on hard times. Whatever the reason, the sorrowful mother braced herself for the sneers of the public and did what she had to do, money or no money.

Some of us were cry babies who never allowed our mothers any good sleep at night. Even if our fathers were around, they would be snoring. Our mothers understood the meaning of every kind of cry we let out. If we were sick, they knew. If we were hungry, they knew.

When we messed ourselves and felt uncomfortable, our mothers knew even if there were no smell to alert them. They just knew and took care of it. Even if we were angry about something as little as we were, our mothers understood.

Despite all their tireless work, some mothers are reaping a whirlwind. Their own children have risen up against them for so many reasons. For some, their snobbery of their mothers is due to lies fed them by fake prophets that their mother is a witch.

Others are influenced by their tigresses, wives whose say is final. There are some, including men and women, who now see their mothers as villagers whose visits embarrass them before their friends in the city. What? You are ashamed of your mother? I do not blame you. Now, you think you have arrived. And you have no clue how you made it this far.