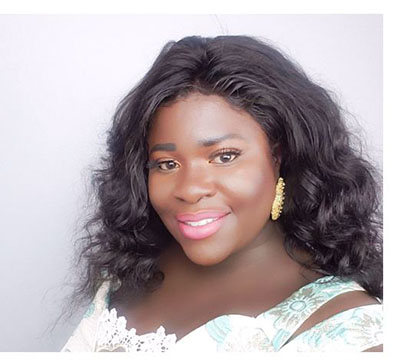 Gospel artiste Rita Nkansah, known in the gospel music scene as Rita Queen has expressed much satisfaction to God and her cherished fans including the general public for the acceptance of her entering into the music industry.

According to the ‘He Reigns’ hitmaker her first single, released months ago, was received with much love and acceptance by all.

Rita Queen indicated that, she was shocked with regard to the high level of love shown to her since her first single was released.

“My first single was actually received with much love; I was overwhelmed by the acceptance of the general public. I was a bit skeptical from the outset but prayed over it and the outcome has been great. He Reigns went far, it was all over the Nigeria music industry.

“What even shocked me more was the challenge; it was serious with the response from Nigeria. Even after the challenge for over a month, I was still receiving video recording of people participating. I was marvelled but I see all to be the work of God and the sleepless night of my team. They’ve been amazing,” she indicated.

Rita Queen, an entrepreneur, has landed herself in the gospel music scene with the aim of promoting and preaching the word of God to the masses.

The ‘He Reigns’ singer said although the job of an entrepreneur was time consuming, she was still committed to dedicating more time to her music in line with her mission of preaching the word of God.

“I am about releasing another one soon title ‘Holy Name’. I would urge all to follow me on all social media handles, RIATQUEEN both facebook, Instagram, and Youtube for more updates on the date of release among other things. I am not stopping with regard to the release of songs would be doing more so my fans should expect more” she added.

Born Rita Nkansah, she hails from Akim-Oda in the Eastern Region of Ghana but lives in the United States.

She attended Hecta Preparatory School at Akim-Oda through to Akim Swedru Secondary school. After secondary school, she went to Oda Community Nursing Training School and moved to the States in 2010.

Rita Queen nurtured her talent in the church long before joining the music industry and her goal is “to preach the salvation of Christ”.