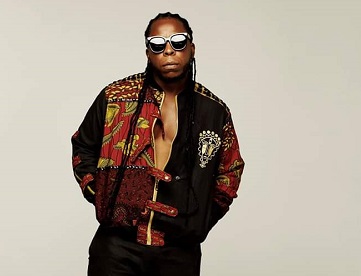 Ghanaian musician Edem, has disclosed that his upcoming Extended Play (EP) which is dedicated to the memory of his late mother, is an exhibition of his versatility as an artiste.

An Extended Play record, often referred to as an EP, is a musical recording that contains more tracks than a single, but is usually unqualified as an album.

Speaking to The Spectator  on the EP, which would be released on July 24, Edem said the intent behind the six songs which he referred to as “Moods”, is to show music lovers that he had fully come out of his shell to accept that he is not like everyone else and cannot be boxed in a single genre, and a display of his creative mood swings.

“This is me seeing life as colours and understanding that every mood is a different colour which is something that my mum raised me on. Making  me understand how to see life in colours, and has impacted on my emotions towards the music,” he said.

Edem further disclosed that he featured other artistes on the EP, however, the six videos which would be released weekly would not have images of the artistes, rather the focus would be his late mother.

That, he said, would be followed by mood swing merchandise for the teaming followers and music lovers.

Talking about his late mother, Edem said he is a projection of her in terms of the ideals she stood for, which to him, is a testament of how powerful the contribution of a woman could be to one’s life.

He also dedicated the song to all  those who lost their  parents at a tender age, and encouraged them to sojourn and make their parents  proud.

Edem added that songs on the EP,  “Love You”, “Kpo”, “Money”, “Efo Kojo”, “In Ghana” and “Chidi”, colourfully come together as an embodiment of his persona.