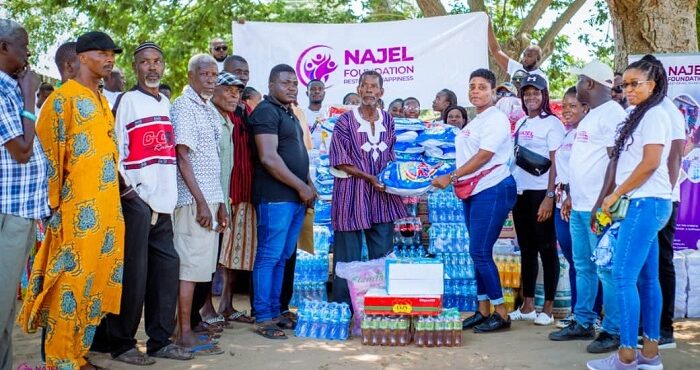 Najel Foundation, a non-governmental organisation based in Teshie, Accra has underscored the need to end Gender-Based Violence at all levels in Ghanaian communities.

The organisation reiterated the call when it embarked on an outreachat Addokope near Ada in the Greater Accra Region last week.

Mrs. Naomi NaaAdjeleyAnang, Executive Director of the Foundation, emphasised the need to empower the girl-child and create an enabling environment for her to thrive and become responsible citizen in future.

Dubbed “Love for All,” the programme was to empower and encourage community members to invest in the socio-economic development of girls and help fight Gender-Based Violence.

Mrs. Annang said that non-governmental organisations needed to play their role in achieving the Sustainable Development Goals (SGDs), especially ‘Goal 5’ which is aimed at achieving gender parity and empower women and girls.

She lamented that sex trafficking, forced prostitution, sexual and spousal abuse, rape, among others hindered the growth of girl-child and women hence the need to intensify public education to help eliminate these practices.

“We must tackle Gender-Based Violence in the community by giving education about the dangers associated with the act and we must shun some harmful socio-cultural practices including Female Genital Mutilation and Child Marriage for economic development”, she said.

The outreach, according to the Executive Director,was to provide psychological support and help restore hope for the less privileged, and encourage other benevolent organisations to emulate same.

Mr. Alfred Boyenor, Stool Father of Addokope, who received the items on behalf of the beneficiaries thanked the foundation and urged members to continue extending a helping hand to the needy.