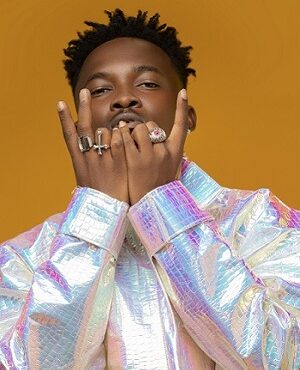 Ghanaian musician, Kayblez has released a new song ‘Run’ with a new sound to amplify his new brand.

The song is one of many the singer with soothing voice has under his sleeves as he accelerates to the next phase of his career.

Speaking to The Spectator, he said this was a new sound to complement his fresh brand, adding that it was a whole change.

Kayblez told this paper that over the years Ghanaians had known his brand for highlife, but his capabilities went beyond that.

He said that his new song ‘Run’ had a new vibe giving hints about other things he could do and the new focus of the brand.

Kayblez who was optimistic of breaking barriers with the song added that Ghana music had what it took to occupy top spots on global music charts and therefore, called and all stakeholders to play their roles assiduously to get talents.

The singer said “He believes in the DJs and all the ecosystem available, and would continue to work hard in his space.”

The unveiling of the song which was held last Thursday at The Woods Bar & Lounge at Osu, brought together Musicians, other industry players and the general public.

The song which comes with a video is available on all music digital stores.