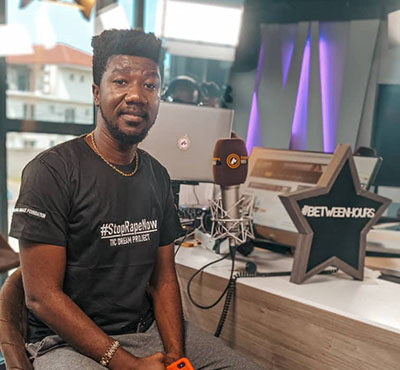 Ghanaian music superstar,  TiC known in private life as Nana Kweku Okyere Duah has waded into the discussion on the promise by the New Patriotic Party (NPP) to build recording studios for artistes.

During the Manifesto launch at Cape Coast last Saturday, the NPP promised that should Ghanaians give them another four-year mandate, they would build a state-of-the-art studio in Accra, Tamale, Takoradi and Kumasi.

Speaking on the issue in an interview with The Spectator, TiC said “it is a good idea, but there is a need for breakdown as to what the studio would entail.”

In this light, he has advised that  the focus of the studio should be on international mastering practices with large acoustic dimensions, laced with choral group recording section, and live performing arena.

According to him, the quality of the sound from Ghana was crucial for the promotion of music on the international market, and it would be prudent for an international mastering practices to be an issue of concern to improve the sounds through such an initiative.

He noted that this would make the songs from the country stand the test of time and rub shoulders with songs from any parts of the world.

He pointed out that music development facility coupled with provision of grants for tours to expose Ghana music to the rest of the world, would bring about more foreign exchange  to boost the country’s Gross Domestic Product (GDP).

TiC stated that some past and present musicians conveniently took their music to other countries to master them after local production, even though some producers in the country were doing well.

He was optimistic that  with mastering in focus, it would go a long way to support the Ghana music industry.

TiC is currently embarking on a project raising funds to support rape victims in the country.