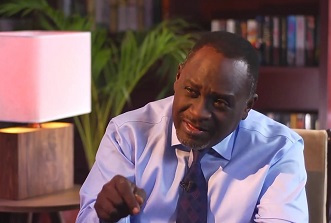 Marricke Kofi Gane, an independent presidential aspirant, has strongly kicked against the resolution by Electoral Commission (EC) to compile a new voters’ register for the December 7 polls.

He maintained that “it is not necessary for the EC to compile a new voters’ register before conducting a successful election since the existing register was used in 2012 and used for a “successful” district assembly election recently.

Mr Gane, who is a chartered accountant and an international development consultant, described EC’s resolution as needless and incoherent and he underscored the EC could go ahead to do a limited registration for people who just turned 18 years and were eligible to vote rather than compiling a new voters’ register in the face of the rapid spread of COVID-19 in the country.

“Even though the EC is permitted by law to call for a new voters’ register, it should look at the time constraint and consider the safety of Ghanaians, especially in the COVID-19 era, it is a constitutional right for the EC to call for a new voters’ register which I am not opposing but what I am saying is that where we are now it is unreasonable, especially looking at the time constraints and outbreak of COVID-19.

“Secondly, the EC needs to realise that its decision is likely to set in voter fatigue because people are still going through the National Identification Authority card registration, I have a challenge with the reasons the EC gave for not repairing the existing Biometric Verification System (BVS) machines and rather go for a new system.

“The suppliers of the BVS machines might have been gagged from confirming the prices as put across by the EC hence the refusal to speak to the media, I’m seeking to be an independent candidate in the December 7 elections, I’m optimistic civil society organisations have tried reaching out to the suppliers for interpretations of the prices but to no avail because they are believed to have been forbidden.

“It would have been good for BVS machine suppliers to have issued a statement about the development rather than keeping mute and allowing the EC to mislead the public,” Mr Gane bemoaned. -3news.com