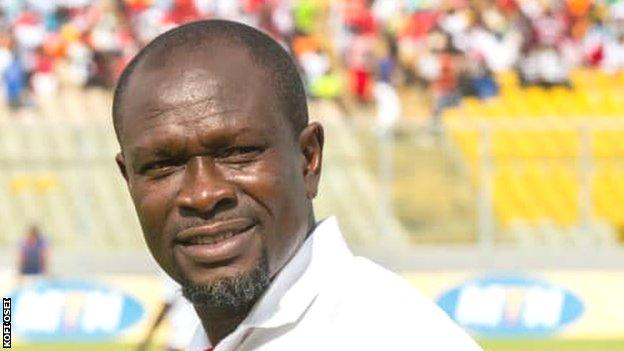 In less than two months, Ghana’s Black Stars will restart the second phase of its potentially engaging journey to the Qatar 2022 World Cup, after effortlessly strolling through the preliminaries.

It would be the Stars’ fourth appearance at the global stage, if they are able to pluck a ticket from the tricky-thistle qualifiers that also have a final third round to deal with.

Clearly, qualification will only become a possibility with lots of hard work, commitment, dedication, unity of purpose and valour.

This penultimate round of the 2022 FIFA World Cup qualifications begins in June 2021 across the continent.

Ghana is placed in Group G alongside South Africa, Zimbabwe and Ethiopia and will necessarily have to keep their nose to the grindstone to finish top of the group.

The Stars will start the campaign at home against Ethiopia and finish off the qualifiers in front of their pet crowd with South Africa in October 2021.

According to the schedule as released by the Confederation of African Football (CAF), at the end of this phase, the group toppers of the 10 groups meet for yet another elimination phase between November 8 and 16, 2021.

Ghana’s last World Cup appearance was in Brazil 2014. And, it was a calamitous campaign as it ended in a first round shocking exit, though Asamoah Gyan netted twice in the tournament to become Africa’s top scorer at the Mundial.

Eleven years ago, it ended in a stunningly blissful quarter final berth in a South African tournament that shook the world.

Ghanaians have been looking forward again to drinking from that unforgettably sweet pot of football that clobbered the world into a trance, but that should be possible if we do not underestimate the strength of South Africa, Ethiopia and Zimbabwe in the campaign.

Only a fortnight or so ago, Ghana plucked four points off South Africa’s Bafana Bafana in their two meetings of the Cameroon 2021 qualifiers. Evidently, upshot of the games hugely contributed to the elimination of the South Africans from the biennial tournament, and they would come with all guns blazing in the World Cup qualifiers.

As for Zimbabwe and Ethiopia, they may not be a towering force to reckon with but the duo can become a thorn in the flesh and serve as a banana peel to our quest to make it to our fourth Mundial. Both teams have booked tickets to the next AFCON.

At the 2006 African Cup of Nations, the Zimbabwean Warriors displayed real polished football to edge out the Black Stars 2-1 in a Group D clash at the Ismailia Stadium, Egypt.

The Stars, who were then bound for the Germany 2006 World Cup, conceded an own goal through defender Issah Ahmed a minute before the hour mark with Benjamin ‘Benjani’ Mwaruwari doubling the advantage 10 minutes later. Baba Adamu pulled one back in the final seconds of the evening but that spangling effort was a little too late.

The result of the night left Ghana crumbling out of the tournament at the group stage. A draw or win would have sent the Stars through.

Just like Zimbabwe, Ethiopia cannot be taken for granted, having made it to the Cameroon AFCON after eight years in the ‘wilderness.’

With a type of football that oozes out pretty patterns on the pitch, Ethiopia can be a viciously dangerous unit when not properly caged.

Much as it is important to focus on the impending AFCON that is expected to be held in January, we must also keep an eye on the World Cup qualifiers and make it count.

The key word here is focus; we must keep an eye on the ball.

Remember, we ought to make it to Qatar 2022 at all cost, and go right the wrongs of that ‘forget-me-quick tournament of shame!