No lessons learnt from gory May 9! 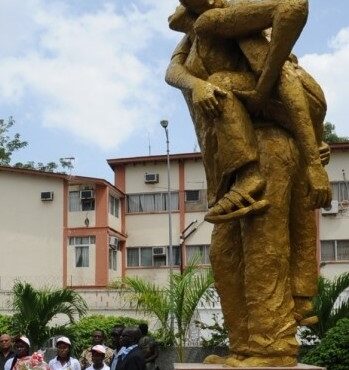 Twenty years ago, something tragic happened to the nation’s football. It was the May 9 Accra Sports Stadium Disaster which claimed 127 lives in cold blood.

Ghana stood motionless. Africa was petrified. The world was shell-shocked. It was the continent’s worst sporting calamity, and the second largest to be recorded in the world after the riots at the Estadio Nacional in Peru where 328 lives perished in 1964.

The horrendous May 9, 2001 disaster occurred when fans of Hearts of Oak and Asante Kotoko had poured out in their numbers to watch their idol clubs slot it out in a titanic Premier League game. Three precious points and bragging rights were at stake.

Sadly, what was expected to be an eye-pleasing, memorable exhibition of deluxe football, turned out to be an unspeakable evening of horror.

Disgruntled at the decision of Referee Joseph Wilson Sey for allowing what they perceived was an offside goal by Hearts’ Ishmael Addo in the 81st minute, Kotoko fans peeled off some of the plastic chairs and hurled them onto the pitch.

Other objects were also flung from all directions onto the turf in disapproval of the supposed winning goal.

The response from the police was swift but brutal as they fired several cans of tear gas canisters and rubber bullets into the crowd in a bid to disperse them. The action created a ‘fatal’ stampede, culminating in the death of the fans who were trying to escape through a rather narrow exit.

On the ground, laid innocent lives whose only crime was deciding to come to the stadium and watch their pet clubs in action. Up till today, the disaster is still gruesomely etched on the memory of millions of Ghanaians, especially those who lost their loved ones – as well as fans who witnessed the heart-rending event on that bloody Wednesday night.

Later, a bronze statue was erected outside the stadium – depicting a fan carrying another fan to safety with the inscription: “I am My Brother’s Keeper,” in honour of the victims of the tragedy.

It is a sad commentary that the pitiable statue and its inscriptions had done nothing to change the mindset of football fans.

One may have thought that bitter lessons would be gleaned from that pathetic incident – and expectedly, clubs and their fans will never ever do anything to trigger another disaster of a sort.

Wrong! Incredibly, the football centres have since witnessed countless number of violent scenes – some resulting in fatalities and serious injuries.

In certain situations, referees are attacked and beaten to pulp – apparently for perceived biased officiating; players and their officials have not also been spared the hooligans in the heat of such violence.

In a desperate bid to bring the harrowing situation under control, the Ghana Football Association (GFA) has over the years instituted measures like banning, suspending and currently demoting referees whose action on the pitch could potentially trigger mayhem or bring the game into disrepute. Great move, but some of these match officials still do not appear bothered by the severe sanctions.

Indeed, the FA is doing its damnedest to bring some sanity into the game, but they would have to do more with regard to ‘caging’ miscreants who are happy taking the law into the their own hands.

The police have also not taken any lessons from the Accra incident. Only last year, a police officer shot rubber bullets into an angry crowd at the Baba Yara Stadium in Kumasi – during a premiership game between Kotoko and Berekum Chelsea, injuring one of the fans in the eye.

In marking the 20th anniversary of the May 9 Disaster last Sunday, Minister of Youth and Sports (MoYS), Mustapha Ussif, said that the greatest tribute Ghanaians could offer the departed ones was to ensure such tragedy was not repeated – entreating fans to be disciplined when at match venues.

There has been similar admonitions from past sports ministers and FA presidents, but nothing seemed to have changed really.

Is it not dumbfounding that even on the day that the nation was marking this heavy-hearted anniversary, there was a spate of violence at the a premiership game between Ebusua Dwarfs and Legon Cities at the Cape Coast Sports Stadium? The match had to end abruptly because the referee claimed he did not feel safe continuing the game, owing to threats from home fans.

Clearly, it tells you that we are missing it. Admonitions will not fix it; weeks of prayer and fasting would not either. We know what to do to bring the situation under some control, but we all seem to be playing the ostrich.

Our football officials and especially club administrators know where these hooligans are. And, we all know that sometimes, they engage them to do the ‘dirty’ jobs for them at match venues and assure them of maximum protection.

It is the reason you find these miscreants walking scot-free and threatening more mayhem – barely 24 hours after they had been picked up at the stadium for rowdyism.

A police constable, who pleaded anonymity, told this writer how his boss ordered him in February, this year, to release three suspects involved in stadium violence at the Nduom Sports Stadium in Elmina. There are many others.

In any serious jurisdiction, those home fans – who allegedly stormed the field to attack referee Eric Owusu Bempah after their team slumped 1-2 to Medeama SC in a premiership tie, would have been charged to face the full rigours of the law. But this is Ghana where we can talk the whole day about hooliganism and its effect on football development, yet do little to stop the carnage.

We do not need anybody to remind us that this so-called fight against hooliganism or stadium violence will continue to boomerang in our faces until we decide to face it head-on.

The pretence appears to be too much – and that is where the problem lies!